Why I Think Indoor Pools Cause Asthma 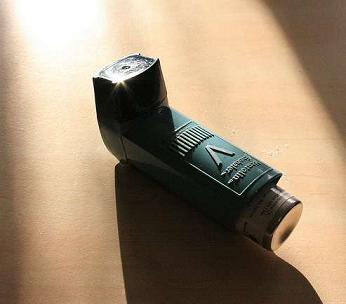 I had been a distance runner for 4 years when I had my first asthma attack, so I don’t think it was “about the running”. However, 95%+ of my asthma attacks over the years have occurred while running.

The attack occurred while I was running at a comfortable pace on a cold day. However, it is unlikely that the cold weather caused the attack because I had already been running for about an hour and was fully warmed up.

Suddenly it felt that something had become lodged in my upper chest. My heart began to race (I’ve since recorded pulse rates above 220 when these happen). I made the mistake of trying to continue running as the attack occurred. This flooded my body with lactic acid, causing my muscles to tighten. Since then I’ve learned that if I immediately stop running and let the attack pass, it is sometimes possible to continue running without negative effects in a minute or two.

I continued to have an attack about once/month in my teen years. The frequency of attacks decreased as I got older. I’m in my 30s now and usually don’t experience more than one per year.

Using an inhaler never seemed to make a difference for me.

I have no family history of asthma.

So, what caused it??

Approximately 8 months before this first attack, I began regular swim training at an indoor pool. Before that, my sessions at indoor pools had been very few. I never made a connection until I saw the European research last year that showed that the incidence of asthma increased proportionately with the number of indoor pools. -marathon

Book Review: The Trumpet of the Swan by E.B.White

Swimming with My Toddler – the First Few Days