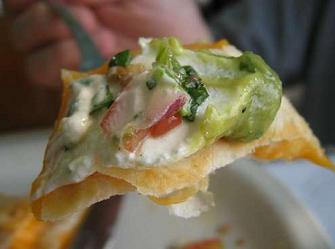 We don’t often eat out, but we decided to for Carman’s birthday. We ran into this situation.

The kids ordered from the kid’s menu which states that each entree comes with 1 side and a drink. There is a list of entrees, a list of side items, and a list of drink options. The kids made their decision, placed their order, enjoyed their meal.

Then the check came. It was about 15% more than we had expected. I scrutinized the bill and realized we had been charged extra for the kids’ drinks when they should have been included in the kid meal price.

I quickly looked over the menu and could find no such claims. When I brought this to her attention, she claimed that she wasn’t sure of the company’s policy regarding that. She even asked her manager who said we should probably be charged extra for the milk, but she claimed that he was uncertain as well. The policy wasn’t clear, and to be completely sure, they would need to check with the district manager.

I held my ground based on the printed menu we had been given. The manager was all smiles and apologies when he came to the table with our corrected bill.

Has anyone else run into this? “Policies” that are “unclear.” I know my kids are not the first to order chocolate milk with their meal. I can’t believe that this “problem” had not been addressed before.

I’m afraid it may be the policy of some restaurant establishments to charge extra for items that the menu state are included in the base price. If they are lucky, the customer won’t notice or won’t want to cause a ruckus and will pay the entire bill.

What’s the worst that could happen? Just that a customer notices the discrepancy, points it out, and gets a corrected bill, right? Not in this case.

Carman and Sudoku were aghast that this restaurant would try to “cheat” us. “We’re never coming in this place again!” they said when we had left. This “unclear policy” problem may have cost them future business with my children. – milkmaid