I’ve heard several different endings for the ABC song. “Now I know my ABCs,….” followed by “next time won’t you sing with me” or “aren’t you very proud of me” or “won’t you come and play with me.”

Yesterday Doodle came up with his own version. After reciting the ABCs (and omitting the letter N), he sang, “Now I’ve said my ABCs, yes sir, yes sir, three bags full.”

In an effort to help the kids (and ourselves) learn Spanish, we’re trying to use sign language to help us learn and retain vocabulary. Learning signs has been easy with the help of Baby Signing Time, a DVD series my sis-in-law loaned to me. Once we know the sign, we learn the corresponding Spanish word and use them simultaneously. That’s the goal anyway.

That has been my focus this week. It is difficult to get into the habit of speaking the Spanish words that I know. But I find the more I do it, the easier it gets. It is getting into the Spanish (or signing) mode that is difficult.

This review is by Sudoku.

I just finished reading Lumber Camp Library by Natalie Kinsey-Warnock. It is about Ruby Sawyer who is the oldest of 11 children. She loves to follow her dad, who is a lumberjack, and she loves to read books. The story is sad when END_OF_DOCUMENT_TOKEN_TO_BE_REPLACED 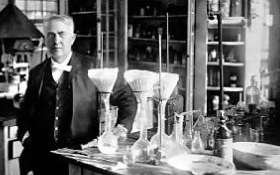 We read a couple of children’s books about Thomas Edison last week. I especially enjoyed Young Thomas Edison by Micheal Dooling. The oil illustrations are beautiful. We also watched a A&E biography about Edison. Here are some quick facts that we learned about him. END_OF_DOCUMENT_TOKEN_TO_BE_REPLACED 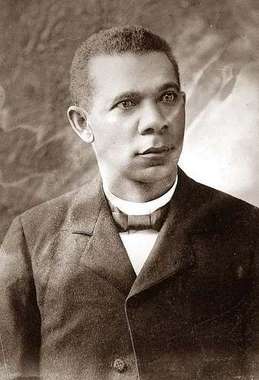 Associate yourself with people of good quality, for it is better to be alone than in bad company.

Dignify and glorify common labor. It is at the bottom of life that we must begin, not at the top. END_OF_DOCUMENT_TOKEN_TO_BE_REPLACED

Here’s the bread recipe I am currently using. END_OF_DOCUMENT_TOKEN_TO_BE_REPLACED

I’m about to write a post on my current bread recipe, and I realized that it probably won’t make sense to most people because there are a few additional steps I do that are unfamiliar to most. Before making the bread, I grind the wheat, then soak it in buttermilk (or other acidic liquid) for 12-24 hours before mixing the ingredients. Here’s why. END_OF_DOCUMENT_TOKEN_TO_BE_REPLACED

Seems like I’ve done a lot of music posts lately. Well, this is one worth it, I think.

We discovered the very talented Andy McKee a few months ago, and we keep going back to play his version of Toto’s Africa. For those not familiar with the guitar, notice how many of the sounds are produced by non-strumming actions.

I saw my first gray hair on my 25th birthday. Now, 9 years later, I’m growing more aware of their expanding presence. At a glance, I don’t look like I’m graying, but take a close look, and you’ll see that those tokens of age, worry, and care are sporadically laced throughout my hair.

Last weekend I plucked out 20-30 of them. END_OF_DOCUMENT_TOKEN_TO_BE_REPLACED