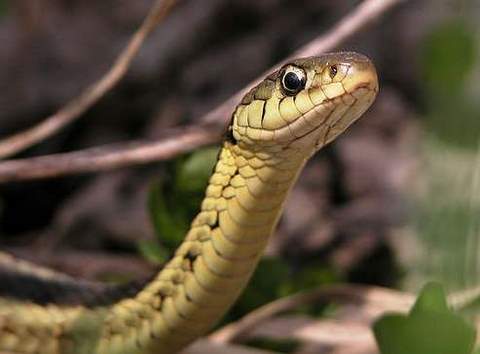 Carman has been on a snake kick for a couple of months and is beginning to move on to motorcycles, so I thought we’d better capture what he’s learned about snakes here.

What to do if you see a snake: do not touch or approach it unless you know what it is. If you are bitten, do not panic. If it sees you moving quickly, it will think you are trying to strike it again (you really are not.)

If one threatens you, DO NOT PANIC! It is more likely to bite.

Do not kill any snakes unless one hurts you. Snakes do more help than hurt. We could not live without snakes. Snakes help keep down rodent populations that carry and spread disease.

Snakes have no ears and have poor eyesight. They sense food and danger by their sense of smell.

Did you know that the green anaconda eats crocodiles?

Milkmaid: If you had to choose, would you rather be attacked by a constrictor or a poisonous snake?

Carman: A poisonous one. You can be fixed. But if a constrictor gets you, it will squeeze you to death.

Milkmaid: What venomous snakes live in our area (southeast TN)?

Carman: Rattlers and coral snakes, copperheads and cottonmouths. If there was no anti-venom, the coral snake would be the most dangerous. But it only works well on coral snakes.

Milkmaid: If a snake is not venomous, does it have to be a constrictor?

Carman: No. Though all snakes have fangs.

Milkmaid: Why are so many people afraid of snakes?

Carman: A long time ago, snakes were the most dangerous animals in the world so they are still feared. Snakes were much larger thousands of years ago.

Milkmaid: What time of day are snakes most active?

Carman:All around, mostly night.
Milkmaid: Do you have any advice for hikers or campers about how to avoid encounters with snakes?

Carman: The only time snakes are truly dangerous is night. Snakes are cold-blooded, so if you sleep on the ground, a snake might be lying beside you when you wake up. (You would be a good heat source for a snake.) In the US, all the venomous snakes can not climb trees, so if you could sleep in a tree, you could stay away from them, or you could be in a tent.

Thanks to Flickr’s CaptPiper for this great picture.