After gleefully spinning in circles with his little sister to the pre-programmed music on the keyboard, Doodle said, “Mama, do you think Rosebud and I will always be best friends forever?” 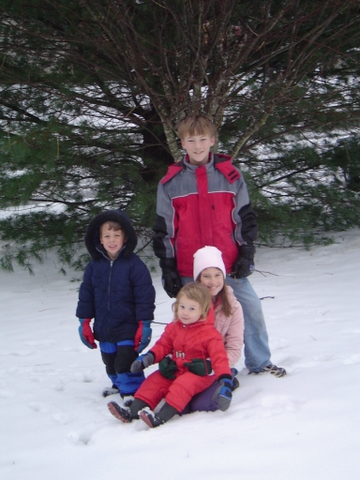 These photos are a couple of weeks old. But better late than never, right? We’ve had more snow this winter than we’ve had in the last 7 years combined. 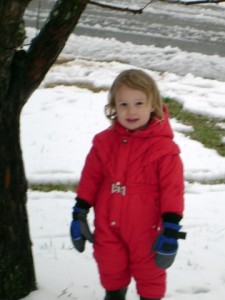 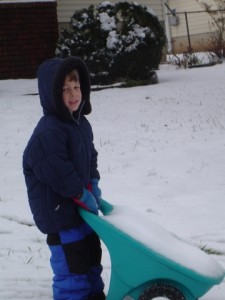 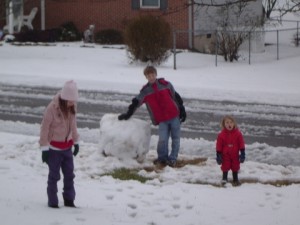 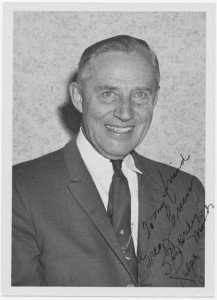 When commenter and fellow Ralph Moody fan Gregg Green wrote and offered me copies of a couple of personal letters from Moody, I jumped at the offer. At age 8, Green had become a fan of Little Britches and Moody’s books. Being a fellow Maine resident and an ambitious young lad, he penned a letter to Ralph Moody. To his delight, he received a personal response. The two became sort of pen pals, exchanging a few letters and Christmas cards.

And lucky me…Gregg found this blog and has given me permission to share some items with you. Here is a word from Gregg:

…I have a couple of letters and a picture that Mr. Moody sent back in the late 60’s. The typed letter was a response to the first letter I ever sent him, and the handwritten letter came with the photo a year or so later. We corresponded for a few years after that, trading Christmas cards and such, but unfortunately I never did have the good fortune to meet him. The scans came out really well and you are welcome to use them on your website if you would like…

So, here they are, friends. That Moody took the time to write to a young boy…well, it says a lot. Clicking on the photo and letters will enlarge them. If you’re on dial-up and don’t want to wait for the letters to load, I’ve typed them out. Here’s the typed letter, and here’s the hand-written one. Enjoy! 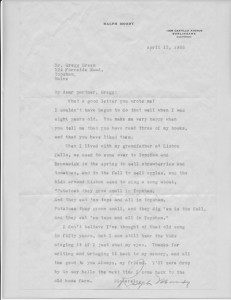 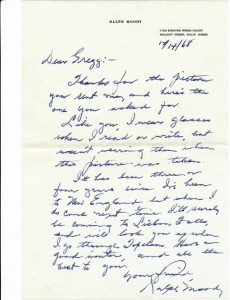 Happy belated Thanksgiving, Christmas, New Year, and Groundhog Day. The ol’ blog grew terribly cold, right along with the weather. And while the blog grew cold, our little drawer organizing business continued to grow (we’re just thrilled); we had snow; Sudoku and I continued to follow Sheena and gawk at her creative wraps, just to name a few.

To help me get motivated about blogging again, I changed the theme – again. Pretty sparce looking, huh? I like it. Gregg Green, commenter on one of my Ralph Moody posts, gave me an even better reason to blog again. I have some treasures he sent me that need to be shared. They are for you fellow Ralph Moody/Little Britches/Bud fans. The next post is for you! Stay tuned.