Rosebud’s 6th birthday was a couple of weeks ago. Ever since we arrived in Chile she has been promising to invite her friends to her birthday party. In fact, she bribed one boy into letting her ride his bike by promising to invite him to her party. So, to make good on all the promises, we decided to have a party for her in the park behind our condominio.

A couple of days before her party we met a Canadian family of 5 who had recently arrived in Santiago. We invited them to come, and they offered to bring their guitar.

Along with the Canadian family, about 6 other kids came (not including 2 of my friends). We played Duck Duck Goose, played on the playground, opened presents, ate cake brownies and listened to kid music played by the Canadian family.

Here is a picture of the kids. 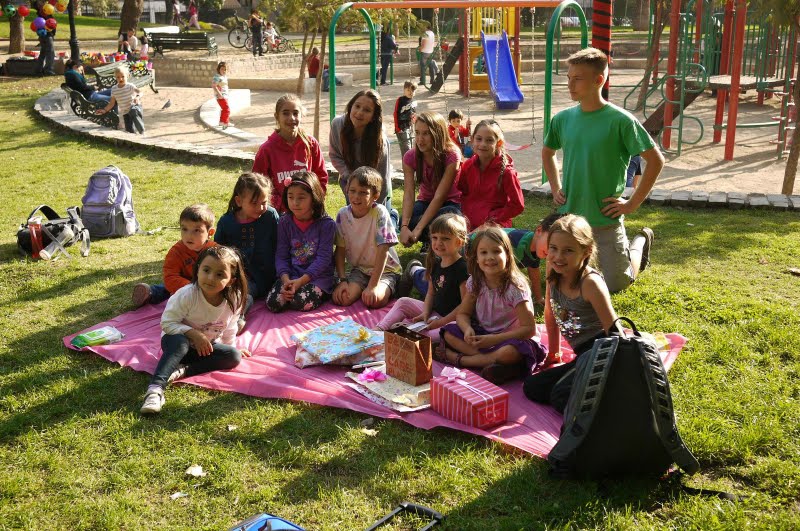 This is Rosebud and Sophie – both smiling at the other one’s dad:) 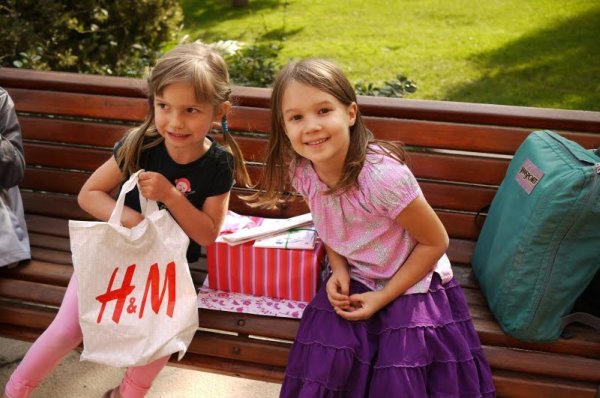 Here is the Dad, Terry. 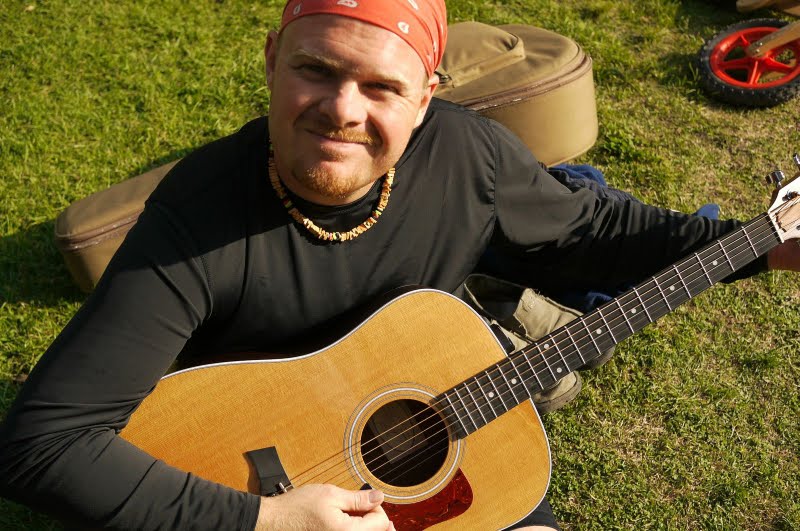 I love this picture of Rosebud! 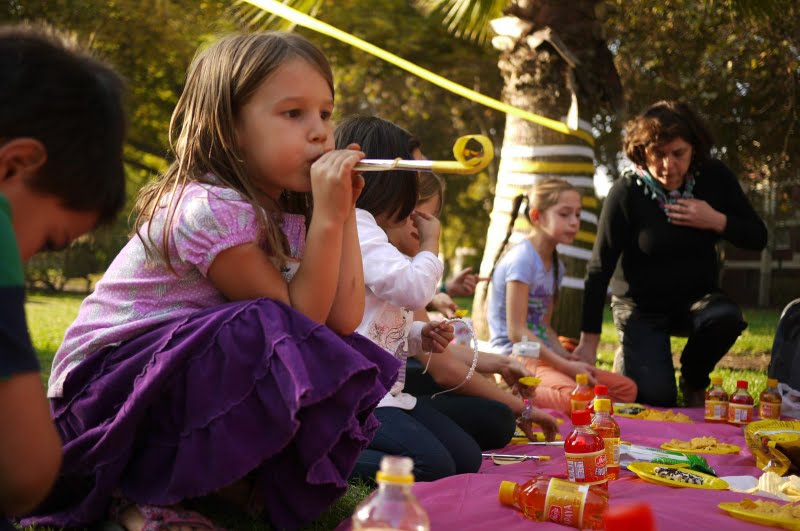 Here’s Rosebud opening her soda with her best friend Catalina (“Cata”) looking on. 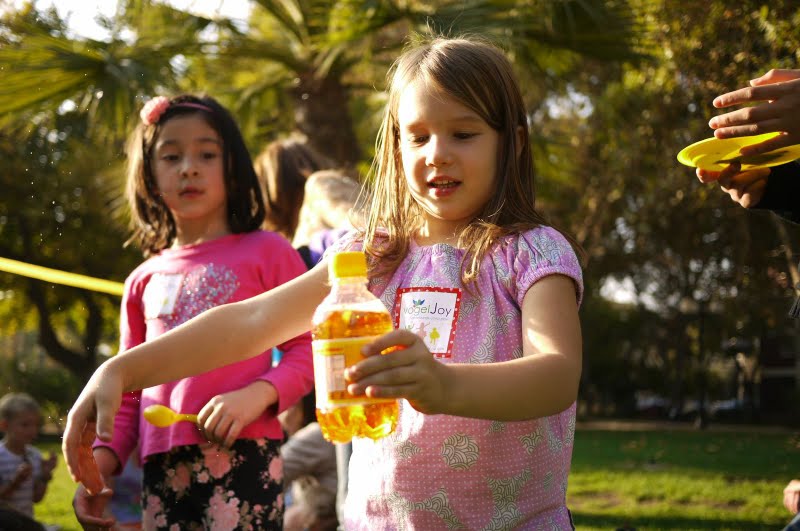 Here they’re eating brownies. The colored things in the jar are candied peanuts. 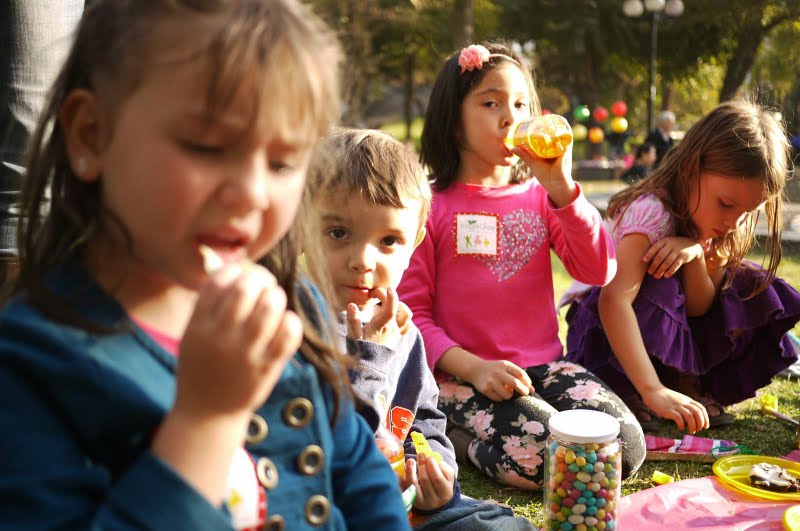 Here is my HILARIOUS brother:) By the way, he did the streamers you see there behind him. 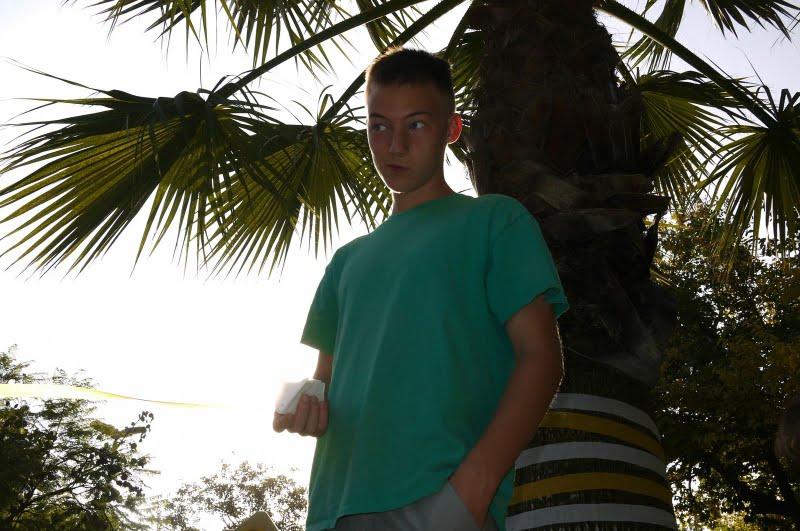 This was our gluten free/sugar free brownie. Well, except for the sprinkles:) 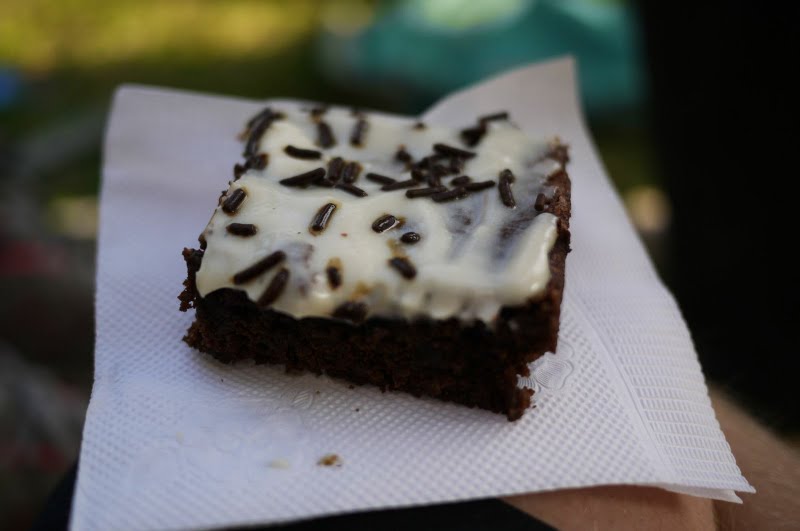 A big thanks goes to VogelJoy for the music and the photos!

Blast from the past