Here in Chile construction is generally not done to the quality level it is in the U.S. The cabinets are all made of particle board, The U.S. standard of using nominal two-by-fours (actually 1.5″ by 3.5″) for studs in the wall are shortened to two-by-twos (which seems odd because Chile exports a lot of pine), and the crown is made of, I kid you not….. Styrofoam (You could never guess by looking at it). One of these differences is reducing the diameters of the pvc drain pipes from 3 or 4 inches to 2 inches of outside diameter, probably because the pipes have to be that thin in order to fit in the 2″ space in the walls.

Because of the extra-thin pvc drainage pipes, the toilets have very squirrely trap routes to break up the poop before it gets to the main pipes. The protocol here is to put your toilet paper in the trash can, to lower the chance of getting a clog. Even so, we still get plenty of them. When we first got here, It was a nightmare. We bought a round plunger, the only option in the Walmart-owned “Lider” store a block from us. The problem was, the plunger didn’t fit well in the shape of the toilet hole. Sometimes it would work, but if there wasn’t a complete seal, a bunch of water would squirt out.

We had many overflows too, when we flushed it because we thought we had cleared the clog but in truth not. Overflows became such a normality during that time that Rosebud is still scared of flushing the toilet, 8 months after Marathon had the great idea that solved our problems.

What was the great idea? It involves one very inexpensive object that we bought at the grocery store a block away, it is quicker and cleaner than a plunger, and we bought it in November (important clue), but it’s not available year-round.

This is a normal U.S. toilet trap.

Here is our toilet. 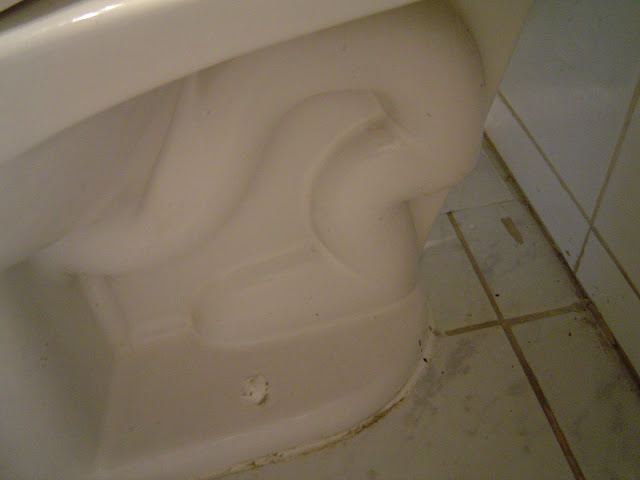