Linux is a free, open-source operating system that is know for its flexibility and non-dependency on software giants like Apple or Microsoft. However, it is not as user-friendly. Grandma would be rather lost trying to use it, because a big part of it is based around operating through the terminal, as shown below. 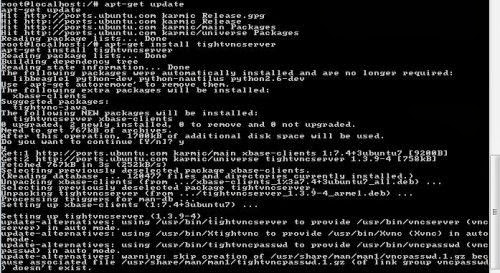 We have installed the Linux operating system on a 10 year-old dell laptop. When you start up the computer, you are given an option of Windows or Linux.

The really cool thing about Linux is that all the code that makes up the operating system is in the accessible files! This means that you can change anything about the whole system. Infinitely customizable, and only because it’s open source.

There are fluky problems. Like having to shut down the computer because we can’t sleep it, because the specifics of that are in a file that I haven’t been able to edit…. the security won’t let me. I know there’s a way to get around that, but I haven’t figured it out yet.

Surprisingly, it’s no faster, if not slower, that the Windows XP that we were running. It also has more tendency to freeze for no apparent reason, in which case your only option is to reboot.

So, it has it’s problems, but for being free software, it’s excellent.