“Cajon del Maipo” is a string of little valleys in the Andes to the southeast of Santiago along the Maipo river. It is the only place of significant population in the Andes near Santiago, because of the usable land created by the unusually gentle decline of the river. Marathon decided to take Doodle and I on a “birthday trip” (our birthdays are 5 days apart) to this place that we had heard a lot about from various friends here.

Getting there was impressively cheap. There is a bus service that will take you from a subway station in La Florida to Any of the little towns in the valley for under 2 dollars a person, and Doodle was free.

Our bus driver, G-force McLeadfoot, drove like he was several years behind schedule. He did stuff like not coming to a complete stop when letting a passenger off, going over speed bumps so fast that your butt came off the seat, and when in the mountain roads, driving at a pace most people associate only with Ferraris.

We got off in San Alfonso and did a three-hour hike at “Cascada de las Animas”, a huge, private nature reserve/camp with the highlight being a farm up on a plateau only accessible by a very steep trail. All the infrastructure of the farm houses, sheds, etc. was brought up the trail by mule. They had cows up on the plateau, and when we were hiking up, we passed some folks carrying a basket of cheese down the hill, to be used in the restaurant at the bottom.

After that, we took a “collectivo” (looks like a taxi but operates like a bus) to San Jose, the largest town in the valley. We hung out there for a little while, then took a bus back to Santiago.

Here’s Doodle with the valley in the background 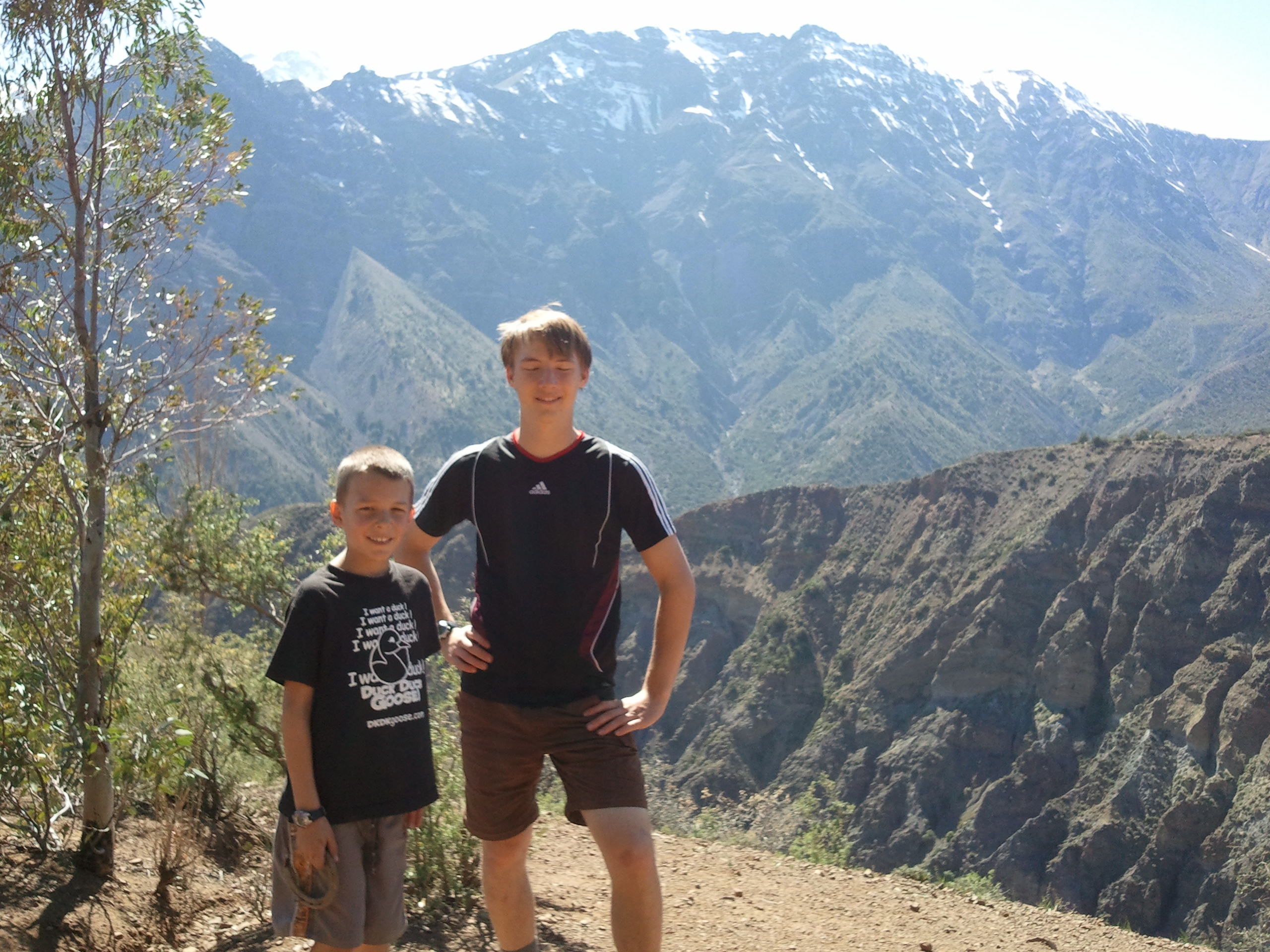 This is the pasture atop the plateau. Not accessible by automobile of any type.