Races at the National Stadium

A couple of months ago, after watching the Santiago Marathon and trying too late to enter a 5k that started a block from our apartment, we started looking for a shortish race that all of us could enter.

We found a race in the National Stadium in Ã‘uÃ±oa that we could all run in. Rosebud, Doodle and I each did 1k. Carman and Marathon did a mile (1.690k). Milkmaid said she would pass and just cheer from the stands.

The stadium is primarily used for major soccer games and concerts. However there is a  track around the soccer field in the middle which is where the race took place.  Stuck into the grass on the edge of the field were signs that said “Don’t step on the grass!”.

Lots of people came up wanting to meet us, and asking us how to say various word in English. At least 3 girls asked me if I would be their friend 🙂 One of the adults that came to talk to us was Carlos, a “Monitor Deportivo” (Sports monitor) at Parque O’ Higgins.  His job is to teach kids proper running form, breathing and all that important stuff.  Carman and Marathon had their picture taken with him. 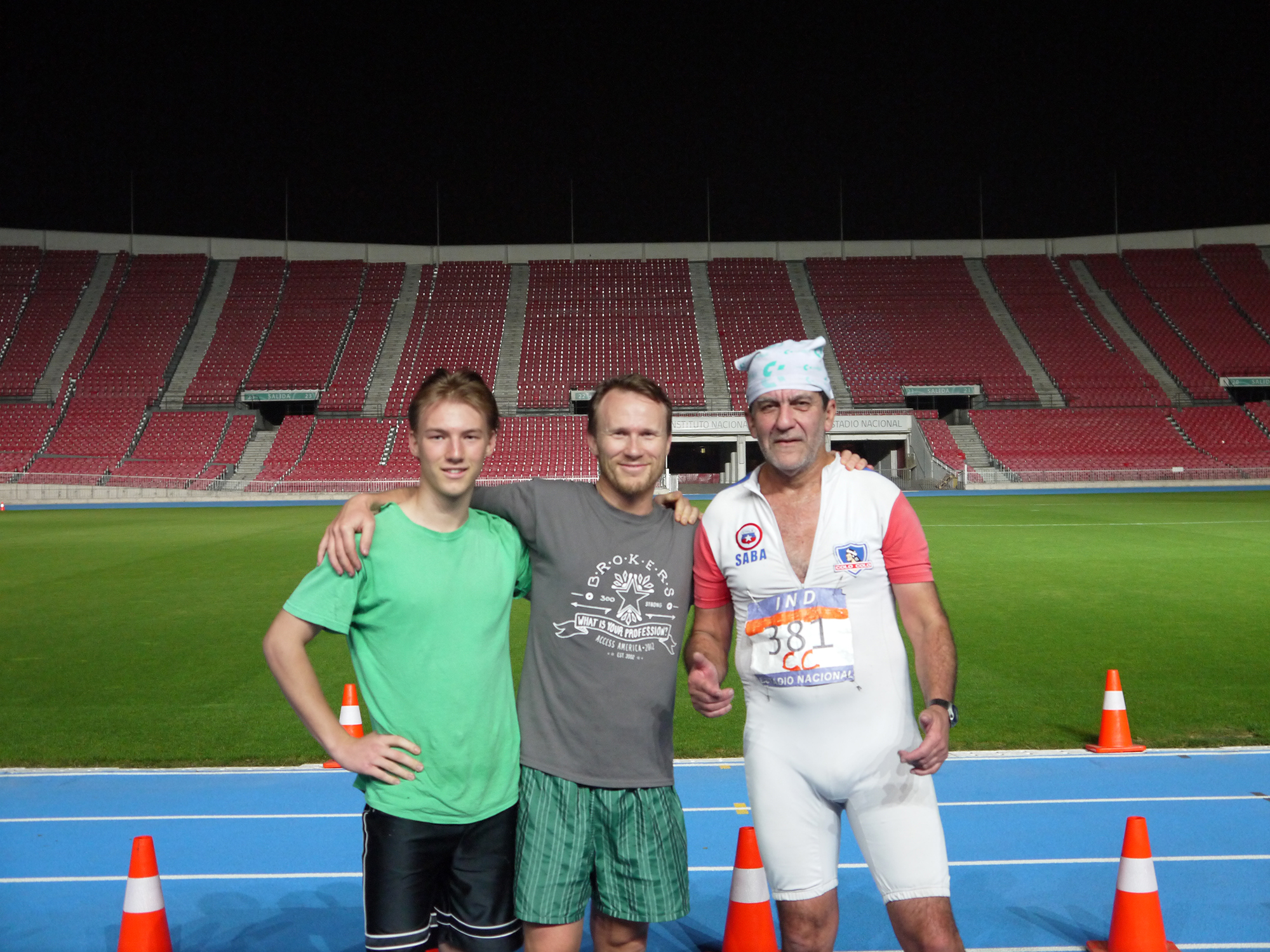 This is Rosebud on the last lap of her race (two and a half laps!).  Rosebud is the one in the middle with the pink shirt. She and the little girl behind her stayed together for the whole race. 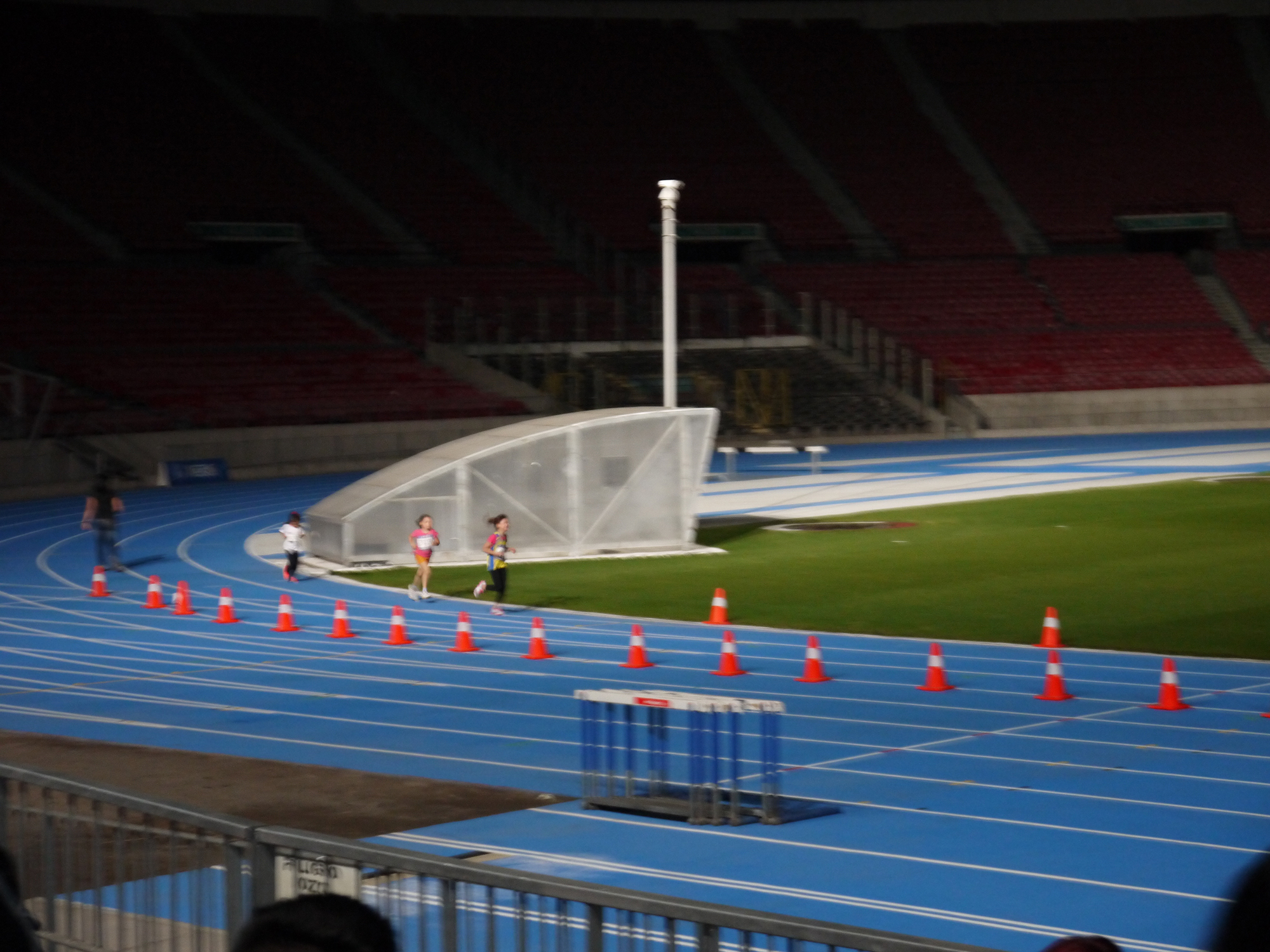 Carman didn’t start out really fast like some of the other boys, and passed many of them toward the end! (Green shirt.) 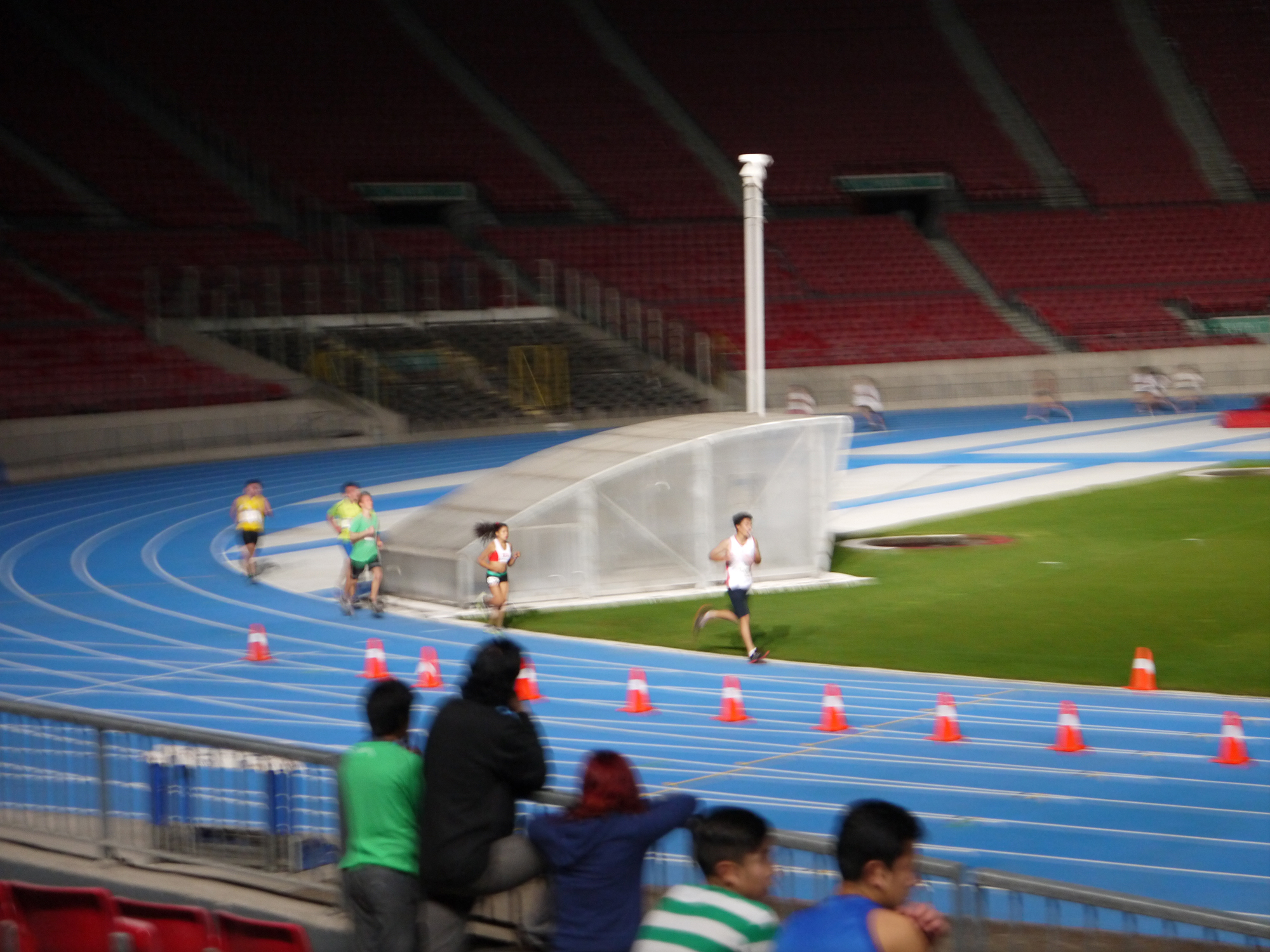 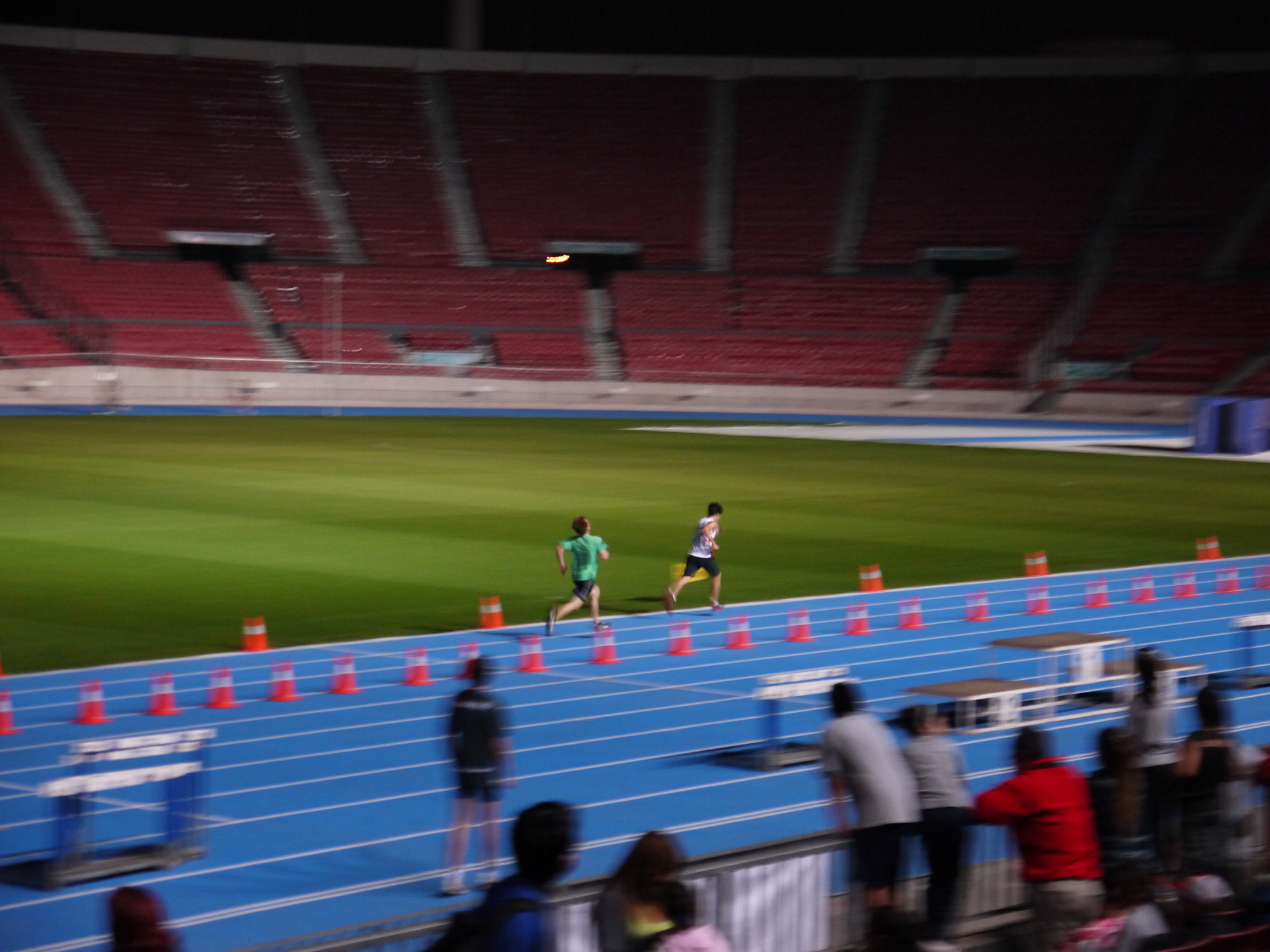 Marathon did well in his race also, finishing in about 13th. 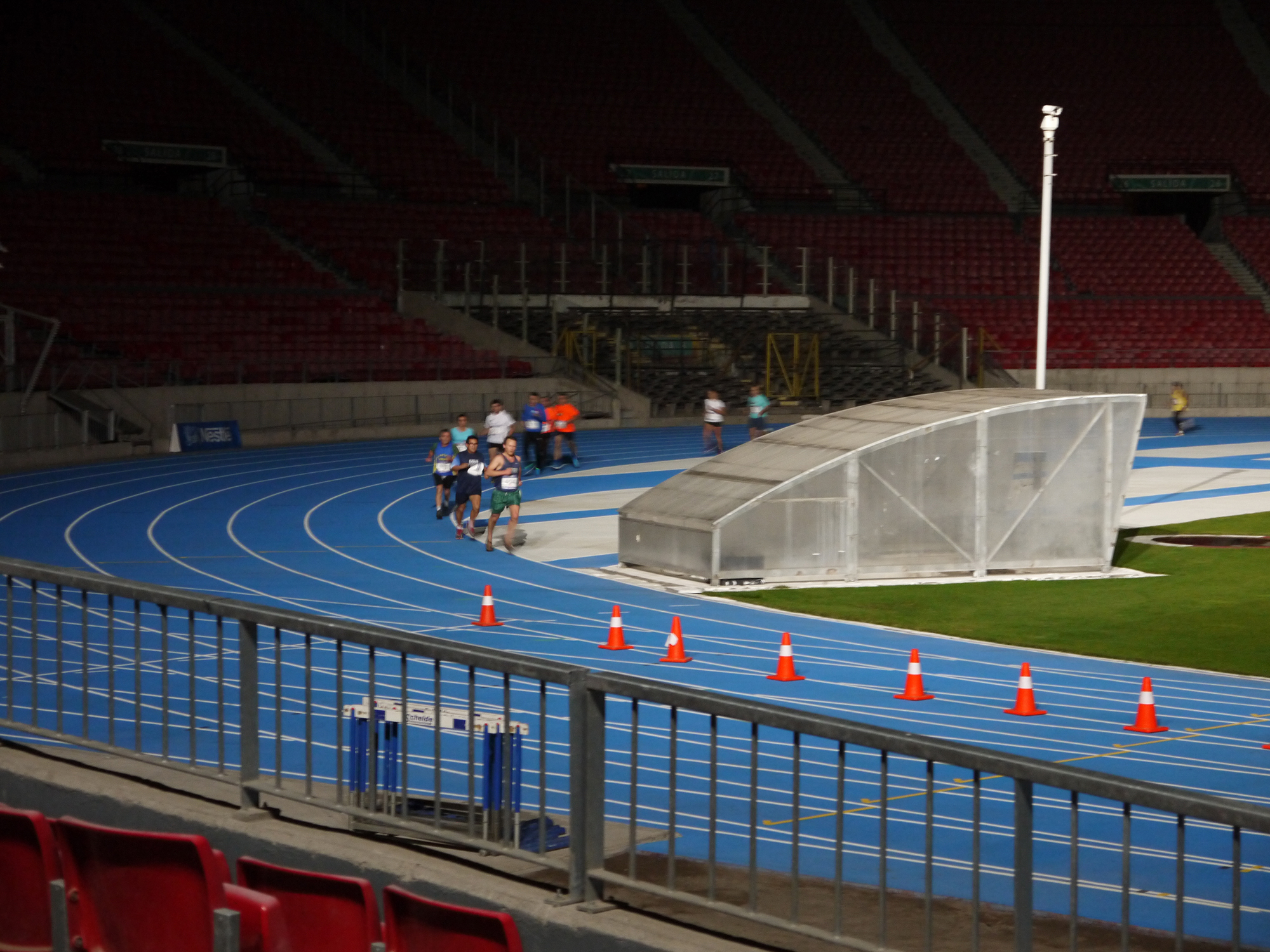 I don’t have any pictures of myself running, and I don’t even know what place I ended up taking.  But most importantly, I didn’t lose. 😀

Later that evening Carman said, “If I could warp time, I could have been standing in the exact same place as Messi!”

I found this great picture though Google Maps of Northern Las Condes and Vitacura.

I’ve put numbers on various parts of the image, and below you’ll find Street View shots of what’s there, so you can tell what you’re looking at.

Here’s a link to the original. 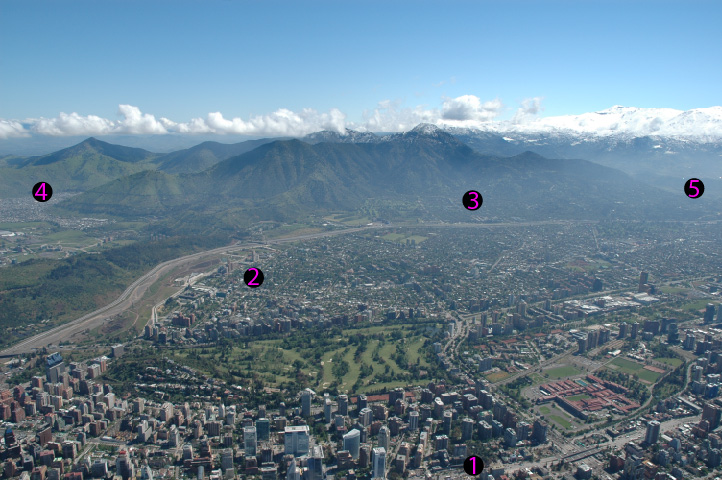