I have gotten a pretty good amount of experience when it comes to bicycles.

Having a previous good experience in buying a bike, fixing it, and selling it for a net profit of $40, I bought another bike about a week ago.

Around six or seven months ago, I expressed mild interest in a cheap bmx bike to it’s 13 year-old owner Ben (a resident of our condominium).

About three months ago, Ben contacted me and gave me an offer that I rejected.

And finally, about a week ago, he offered me $85.  I had considered it previously to be my purchasing price, but upon discovering some minor defects I ended up offering him $75.

I insisted upon one condition: that I get the signature of one of his parents. I had a bad experience with the first bike, where I sold it to a kid, and he came back insisting on a refund because a friend had told him he could get a better one at the same price (not true). As it turned out, Chilean law mandates that if a deal is made with any kid under 14 years old, they can later demand to undo the deal.

This meant that his parents must also agree for the deal to go through.

And so that evening, I went to Ben’s house. He invited me in, and I sat down on the couch. There was an uneasy air about him.

Likely, his parents had forbidden him from selling it for less than $85, and he was going to try to get me there.

Ben: There’s been a slight complication…. A friend of mine has offered me an Ipod and a set of headphones for the bike, and I think I’d rather that than $75. Are you sure you’re not willing to go any higher?

Ben: I’ve told him that I’ve got a deal going with you….

Me: Oh, don’t worry, if you want to back out that’s fine with me.

I sensed he was faking this Ipod option, and allowing him to back out forced him to resort to his plan-b method of raising my offer.

Ben sat and pretended to consider his two options.

Ben then walked into the back of his apartment, and came out with his parents. His dad is a loud and intimidating speaker, 6 feet tall and at least 250 pounds. He gave a speech about how excellent the bike was, and how it had been given to Ben by his grandfather, and how the bike was worth at least $135. Ben and his mother nodded in approval at this last point.

He then went on to say that Ben really wanted to sell the bike, and that they had been looking for someone who would buy it for $100. Failing in that, they had finally come down to the point of selling it to me for $85.

Ben’s parents then left the room.

Me: Sorry. What do you think of that Ipod deal? That seems like a pretty good deal doesn’t it?

Ben: Well, an Ipod is really a bit less useful than my smartphone, and so I really don’t think that it’s a very good idea.

Ben left the room, and returned a minute later with his dad.

His dad gave a short, impatient, annoyed speech about how ridiculous and disappointing it was that I wouldn’t buy the bike at $85. He said “I guess the only thing to do is for us to meet in the middle, and for us to sell you the bike for $80”.

And he promptly left the room.

Ben left the room, and came back a couple minutes later.

Me: Very good. I still need the signature from one of your parents.

Ben left the room, and I heard raised voices asking Ben if he was really, totally 100% sure that he wanted to sell his bike for $75.

So this was where they considered the deal actually important. When they had to sign the paper. If they didn’t sign, Ben could change his mind and claim that he had done the deal without his parent’s consent, and thus, being less than 14 years old, legally force me to give his bicycle back.

Ben emerged with the signed paper.

I pointed out that the four pegs were not on the bike, and Ben had previously told me that they were included.

He went to find the pegs, and came back with three.

Ben: Well, I can’t find the last one. It’s in here somewhere. Go ahead and pay me for the bike and I’ll look for the peg and give it to you tomorrow.

Me: How about instead I keep my money, you keep the bike, and when you find the last peg you bring the bike to my house, and I’ll pay you.

He agreed to this.

I went home, and five minutes later he rung our room and told me that he had found the last peg. The deal was finalized.

I fixed the minor issues the bike had (costing me $3), and I have it listed on the local Craigslist for $115. 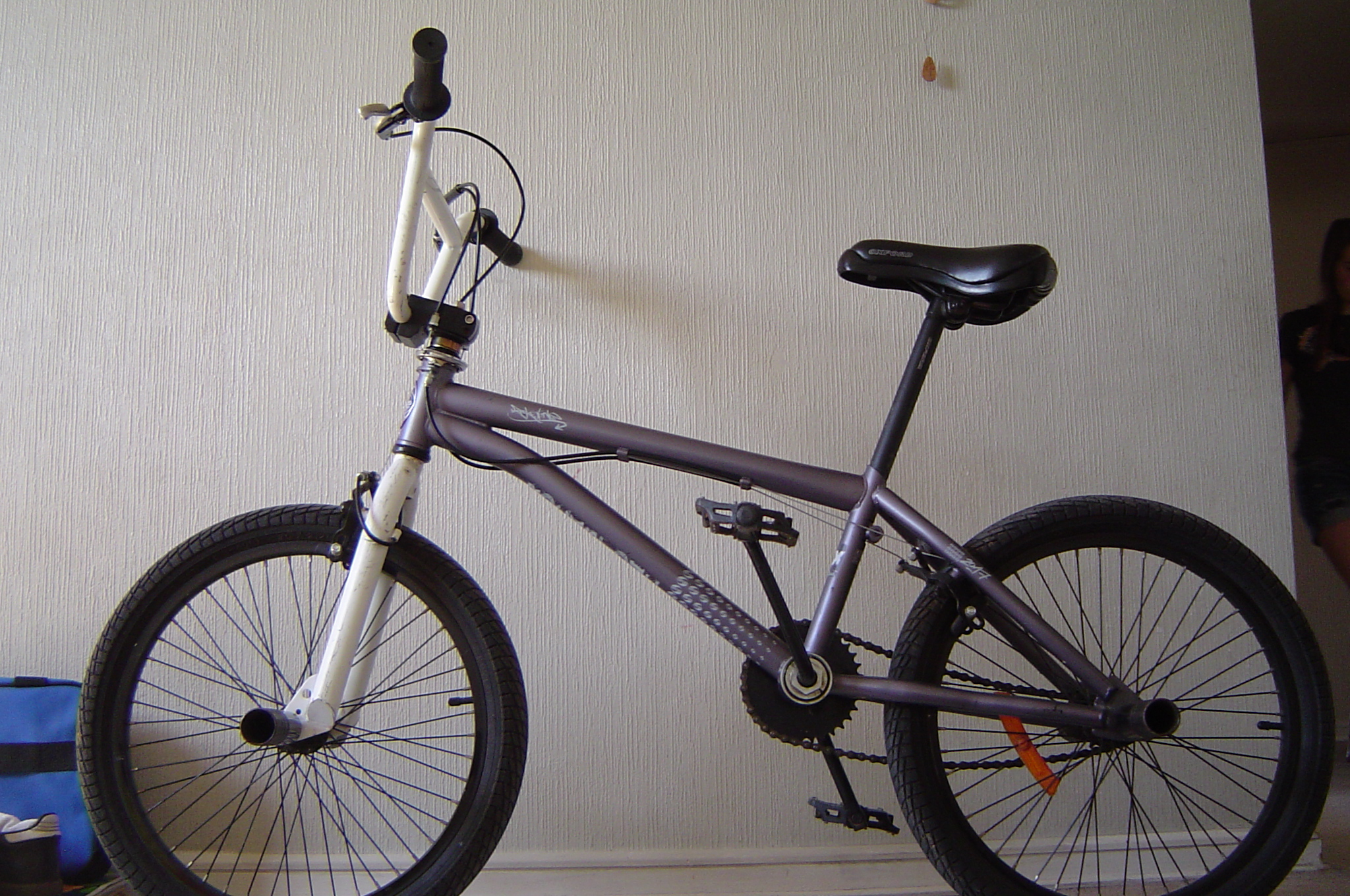 The material things that we value most