I have a little ball that I’ve named Moody Noriega.  Let me tell you how it got it’s name.

But first, do you know what a palindrome is? It is a word or a sentence or a paragraph or any type of text that is read the same both backward and forward when not including any punctuation or capitals or spaces, for example, “race-car” or “Stanley Yelnats” or “Aha!”.

I created a program on Khan Academy which challenged the user to think of a palindrome longer than mine, that I had come up with myself: “No stop! A pot’s on!”

One of the users put down in the comments a palindrome longer than mine: “‘Are we not pure?’ ‘No sir!’ Panama’s moody Noriega brags, ‘It is garbage! Irony dooms a man, a prisoner up to new era.'”

Then Carman and I came up with a game. We collect the left-over pipes from our stretch wrap and aluminum foil, and we set them up on their ends, and we take turns throwing at them, and whoever had knocked the most pipes over wins that round.

But we normally set at least two pipes on top of the “Panama Jack” box, that we ended up calling the “Panama Noriega” box.

And we ended up calling both the game and the ball that we throw to knock down the pipes, “Moody Noriega”. 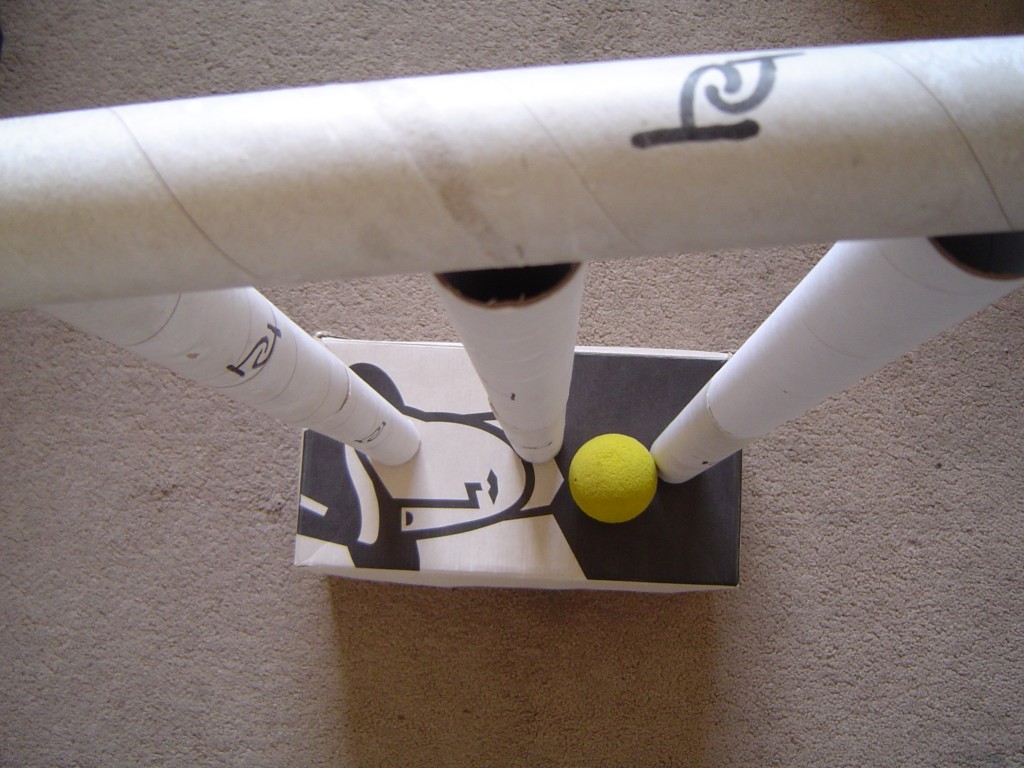