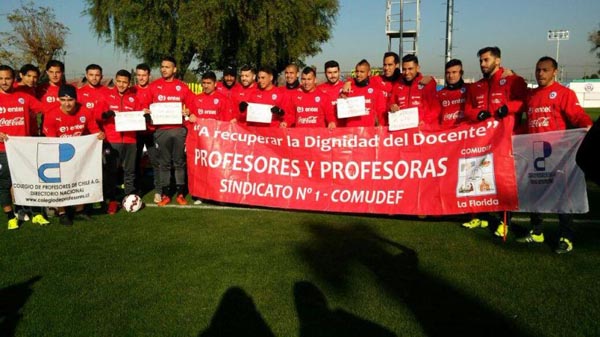 The protests are often violent. 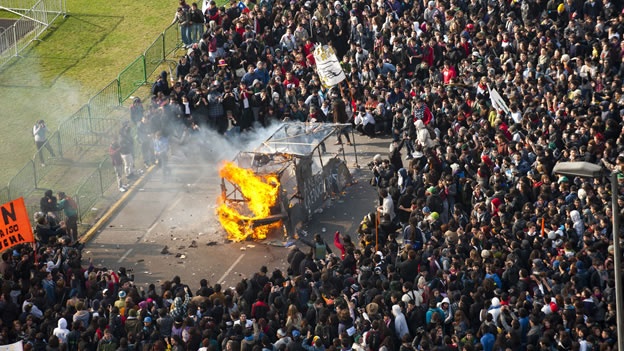 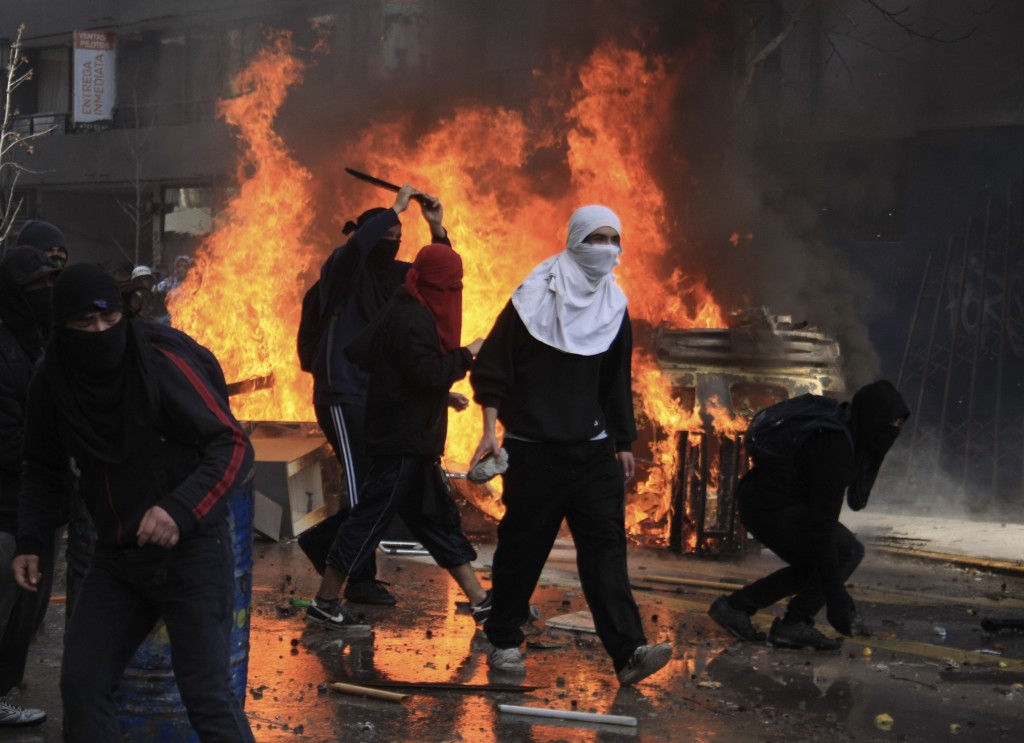 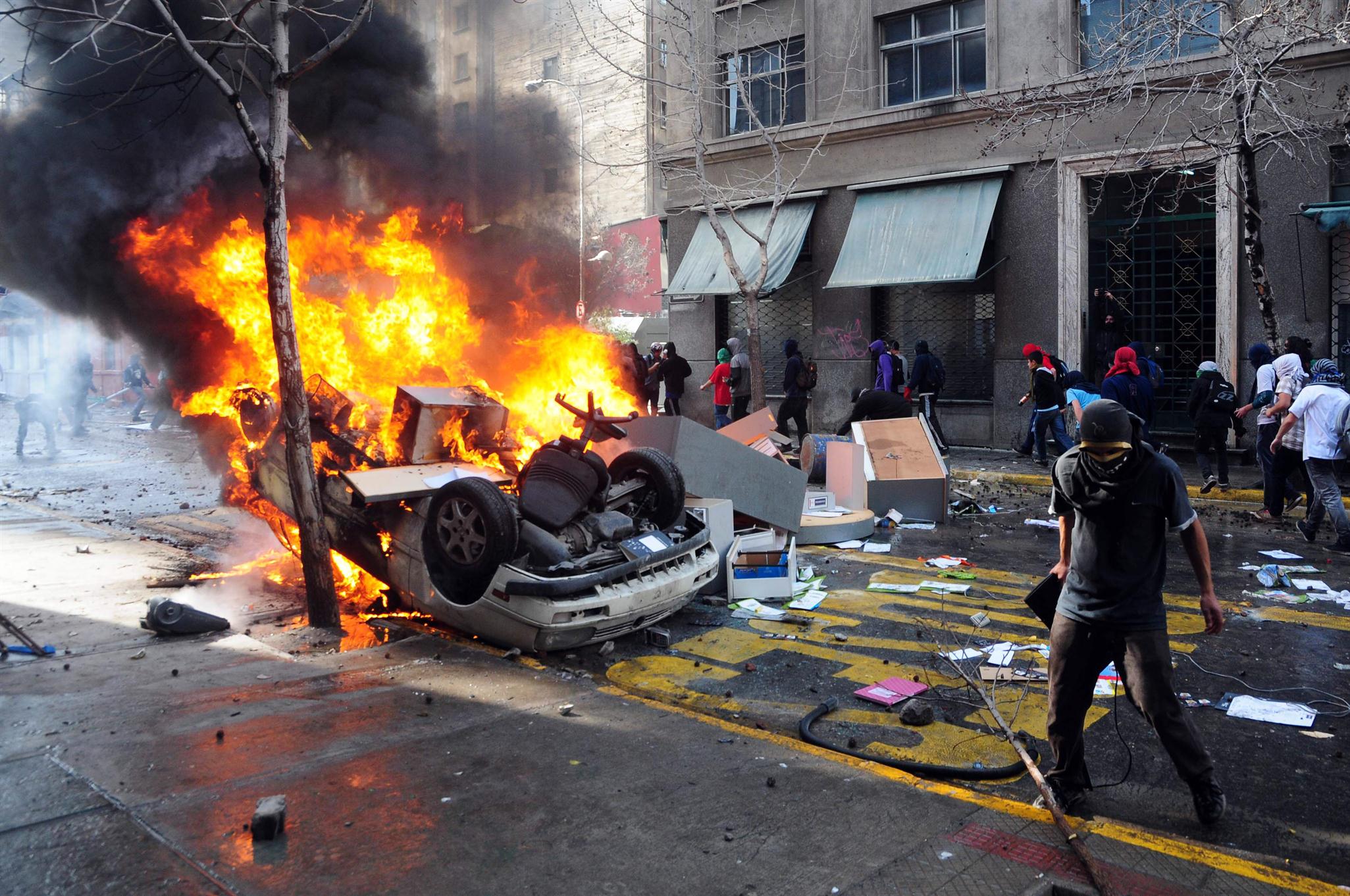 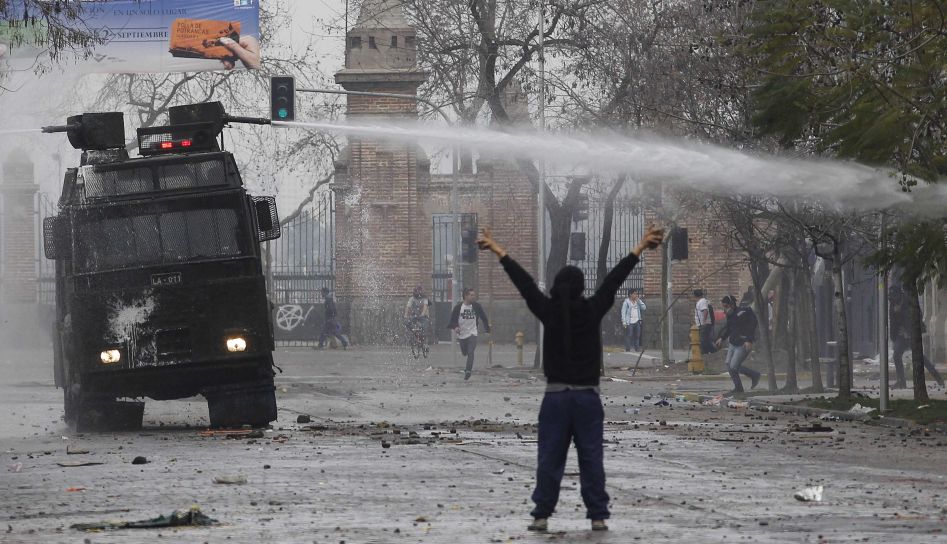 Yes, we actually do live in this city. This crazy stuff doesn’t happen in our part of town.  Sudoku did take those pictures though (just kidding).

Here is a school that’s been taken over by the students. This sign says “We’re not old enough to vote, but we are old enough to fight”. The chair legs sticking through the fence of a public school are seen occasionally around town. 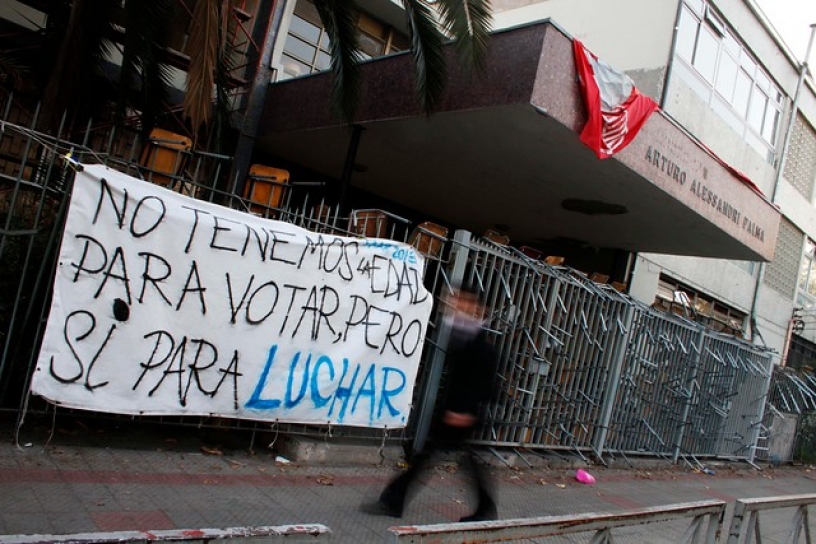 A lot of people on bicycles got inside the huge “Costanera Center” shopping mall and rode around inside.  I’m not sure why exactly they did it, but I think they wanted the city to be more bicycle-friendly.  (To us, Santiago is already very bicycle-friendly). 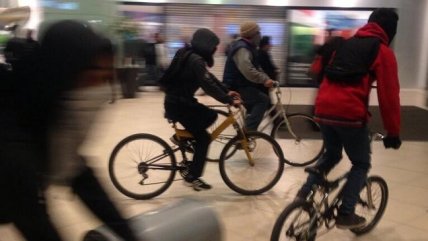 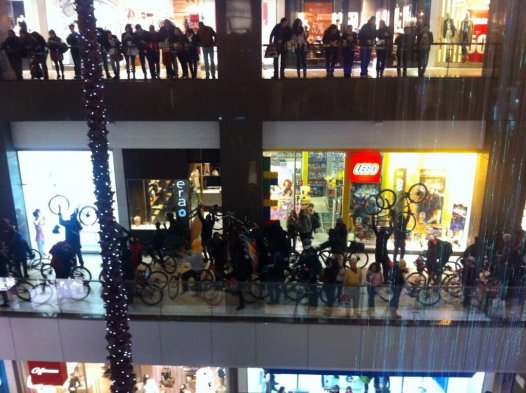 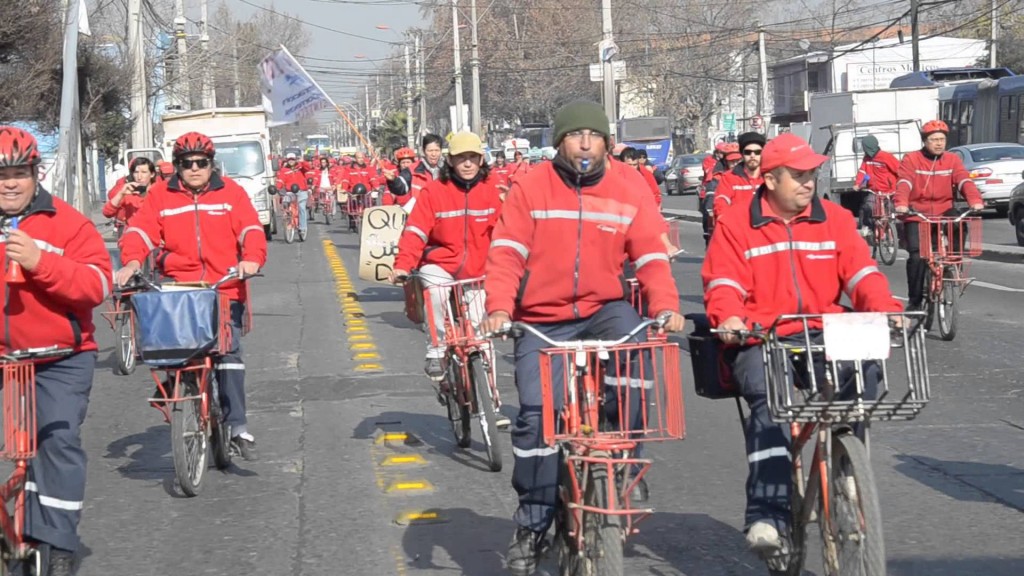 The mini Walmart next door had a strike/protest. Early in the morning, a bunch of employees walked out the “back door” (truck entrance) behind the store. Then they walked around to the front and started making a racket with drums and horns. They stayed there all day, and the next day after that.

A few days ago at about 9:00 in the evening, we heard a rattling/drumming sound outside. We went out on our porch, and we could tell that it was coming from the neighboring condominium. Many of the residents were banging on pots or metal railing. It was a coordinated disturbance. Maybe they weren’t happy with their administration.