[Rosebud & Sudoku] Chile’s independence day was Monday, September 18, and Sunday (September 17), was national Cueca day, Chile’s national dance. Each year there are traditional foods and activities at our local parks. In past years, there has been a huge celebration at our closest park, lasting several days with lots of people and LOUD music into the night.

This year, our local event was more quiet and less crowded, which was very nice.

We’ve always enjoyed watching the Cueca, but we hadn’t learned how to do it before this year. Dad helped us get started learning (while teaching himself!) The timing is the trickiest part, but we slowly got the hang of it. Once we had practiced at home, we headed over to the park.

This is a picture , which was posted on Twitter by the Providencia mayor, Evelyn Matthei, of the Cueca area. We think this is her mother dancing the cueca like a pro. Evelyn was the runner-up in the 2014 presidential election here in Chile. If you look closely, Carman and I are in the background. (I’m in red jeans, and Carman is wearing a plaid shirt and a hat.) 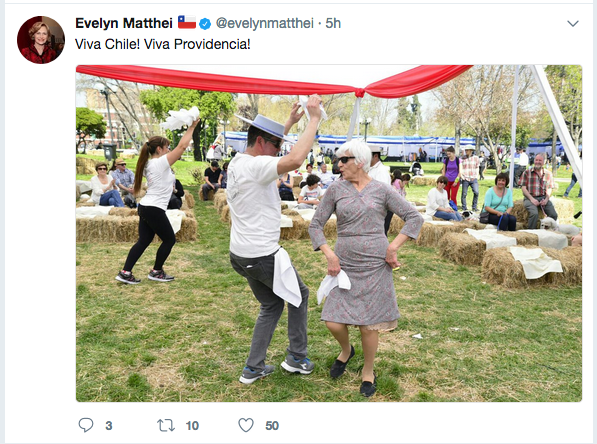 The Cueca class we did was very helpful. The teacher started everyone out in a large circle and walked us through the steps. Then we all did the steps in the circle by ourselves (instead of with a dance partner). The teacher counted out the steps and told us when to switch. Here are the steps and count that goes with them: 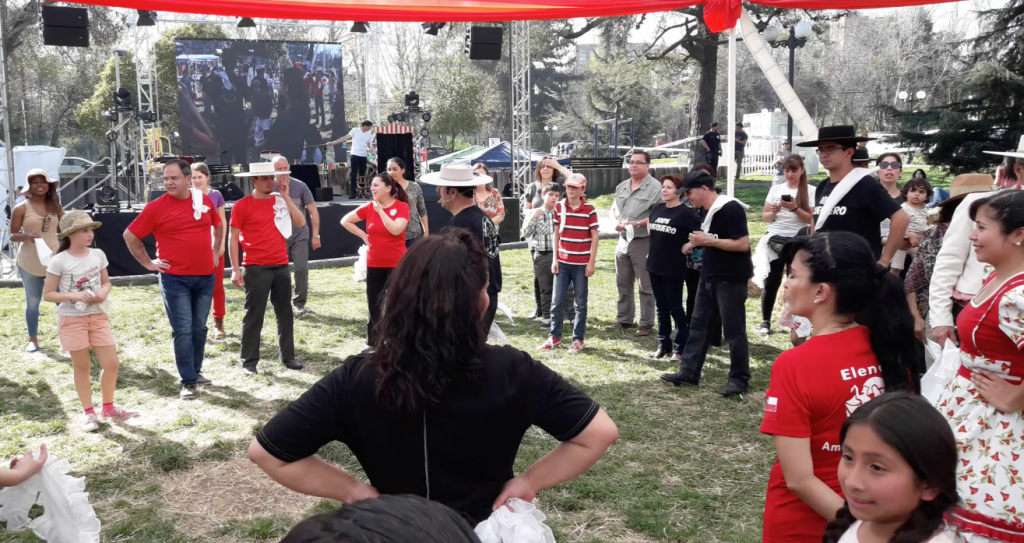 After going through the steps a few times in the circle, the teacher told us to split into pairs. I (Sudoku) got to dance with a guy all dressed up in the typical Cueca attire (He saw that I was REALLY inexperienced, and helped me out). 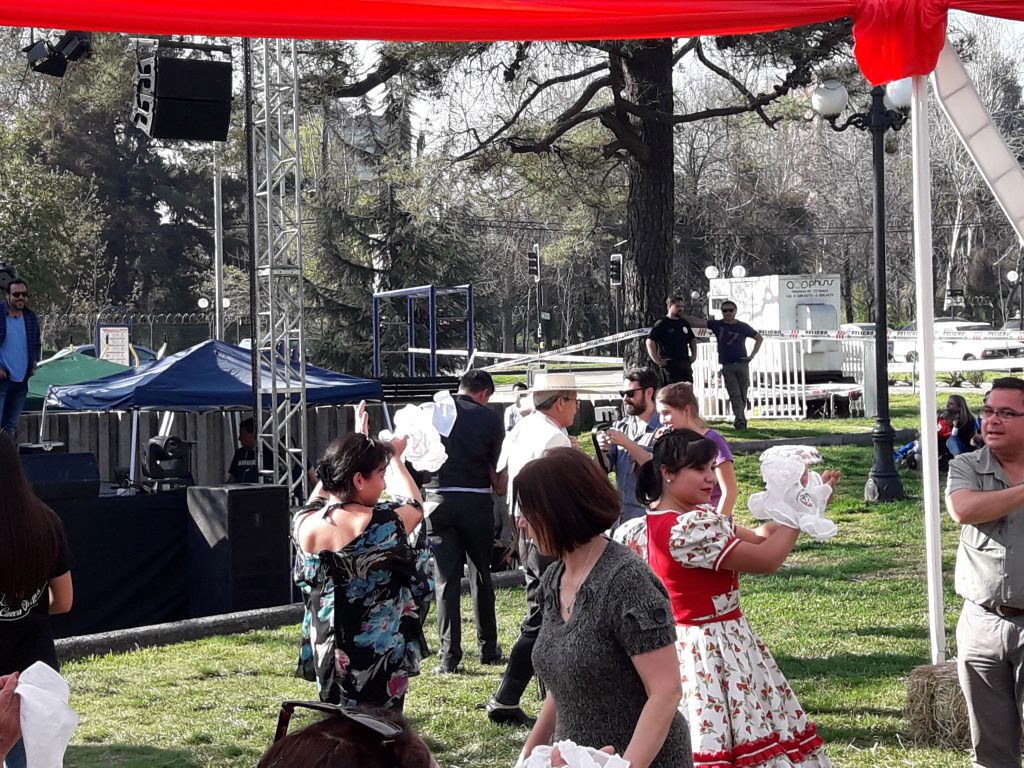 [By Doodle] There were many traditional dieciochera games.

There’s that one where you smash a lever with a big hammer and it throws up a little bobbin that zooms upward on a cable and you try to get it to touch the bell at the top. Dad pointed out that it’s mostly luck. It’s mostly about how much wobble is put on the cable. The less wobble, the more freely the bobbin can zoom up.

We watched some big, buff dudes do it for a little bit, but none of them could get it past 4 and a half. (The bobbin starts at zero, and the bell is at five.)

Then, there’s a game where some glass bottles are put in some holes and you have to throw some wooden rings around the tops of the bottles that are sicking out through the holes.

There’s a smash the kittens game. Three years ago, they had a reward. There are five stuffed kitties and four balls. If you smashed four of the kitties off the shelves with your four balls, you got a sandwich with a piece of laminated cheese, a piece of meat (the really thin kind), and two pieces of “rock bread” as we call it to hold the cheese and the meat together.
I actually won that prize!

The kitties are pretty big and light, but the game is pretty hard, because the balls are so light and you have to throw the balls from pretty far away. I got a kitty with my first and second shot, missed with my third shot, and got two at once on my fourth shot.

Yeah. I’m sure it was complete luck.

Normally they have tug of war and a game of unwinding ropes, but they didn’t have that this year, either.

Both this year and the last year, Sudoku and I went to go do the bowling game. Normally there are park employees there to set up the pins for people, but there wasn’t anybody there at the time. The two people who were supposed to be doing the pin-setting-up were lounging a few yards off to the side and had their faces buried in their phones.

We went up and set up the pins. Before we could bowl any, some people came over, also wanting to bowl.
They were first in line, so we let them go first.

But, before the people were done bowling, and before SudokuÂ  and I were done setting up the pins for them, even more people got in line.

Thanksgiving and the Law of Cosines