Doodle just walked into the kitchen, while I was busy horking down the fruits of the Chilean countryside for my afternoon snack, and announced that Rosebud just learned about trig functions from him.

Doesn’t a Dad have a right to teach his own daughter trig functions without interference from … interlopers?

His justification was, “She keeps seeing them in the game code at Khan Academy and she was getting frustrated about it, so I said, ‘How about I just teach you?'” 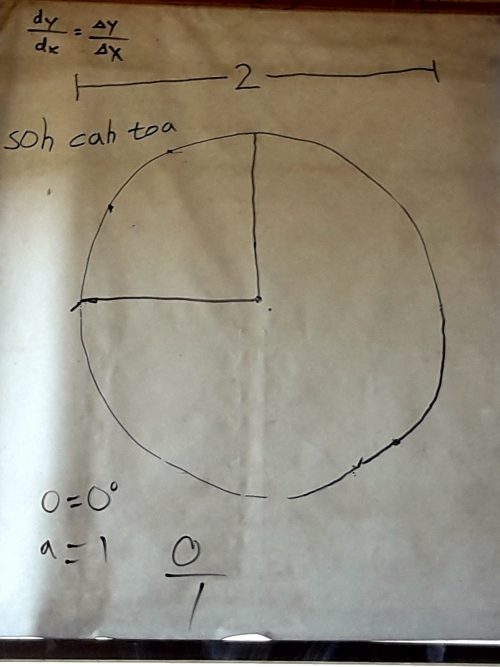 Just then Rosebud trotted into the kitchen with a big smile on her face.

A father has to be vigilant at all times. There’s no telling when someone is going to pop up with some coup to pre-empt his right to one of these “fabulous firsts”.

To the barricades, men!

But seriously, if you know any kids between 8 and 12, try to push them toward that Khan coding/gaming area.

You never know what kind of malfeasance may come of it.