My last drawing (until later)

I’ve still been drawing every day.

With so much drawing, I’ve filled up my second drawing book.

I asked Pa if I could stop having drawing on my school list. He said yes.

So, as of the end of my drawing era, I was most interested in shadows and textures. I was really starting to get the hang of them. One thing I never figured out was rumpled fabric. I tried many times, but I could never do it well and it never seemed realistic.

I worked on shading and textures up until a few pages from the end of my drawing book.

I wanted to do something easier for the end.

On my last page, I decided to make the drawing below: 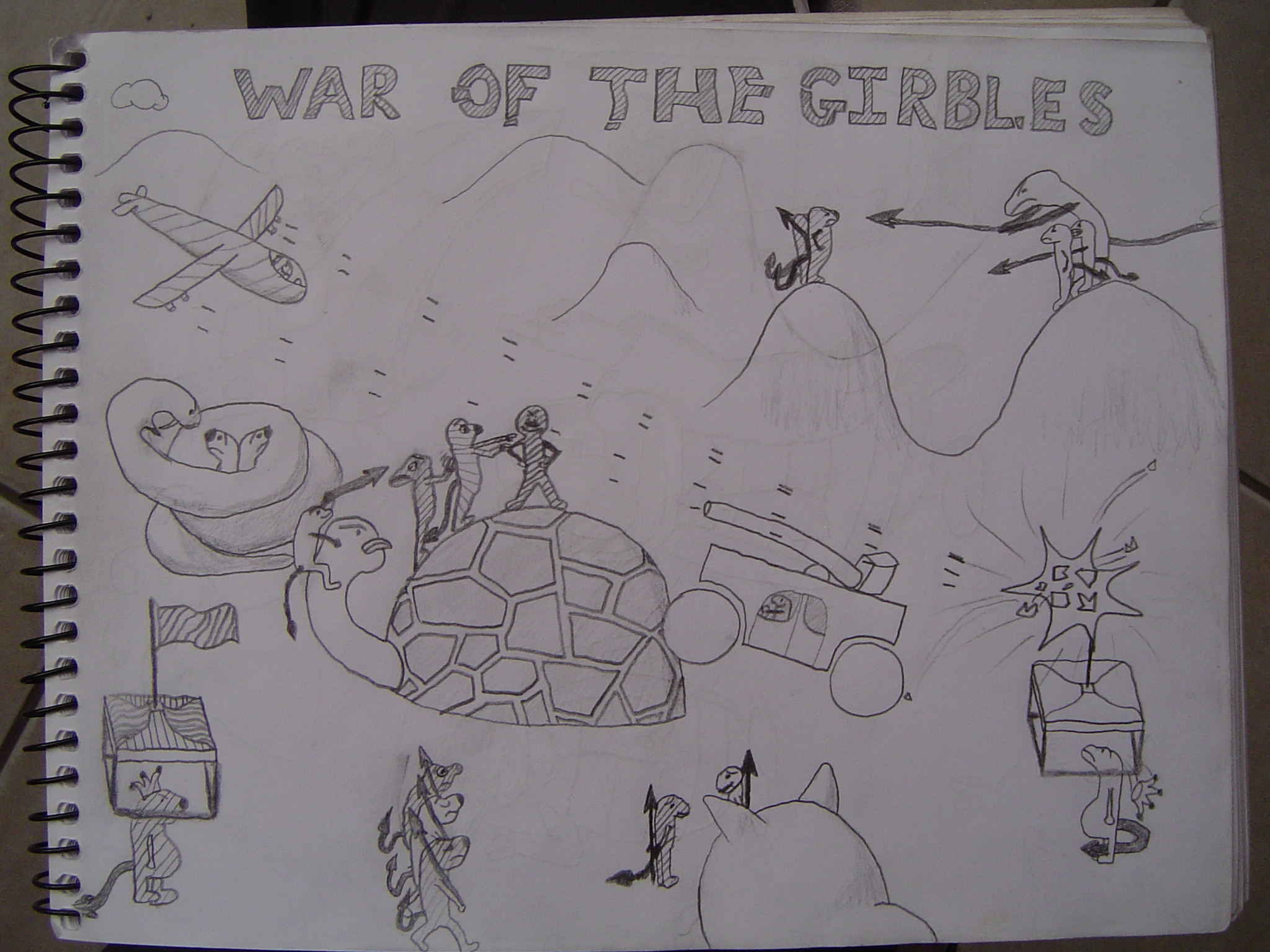 I thought it would be fun to make up one drawing out of the whole page.

I needed a character that would be easy to draw. I don’t really know what they are, so I decided to call them Gerbils.

All the individual situations are my original creation, but the whole thing was inspired by “The Mighty Fruit Fight” page inÂ Where’s Waldo? The Wonder Book.

At first, I was going to copy a lot from that picture, but I decided to first draw my own ideas that I had come up with.

After that, more and more ideas kept popping into my head until the page was filled.

There are several mistakes, for example, the text at the top says “WAR OF THE GIRBLES”. It was supposed to say “WAR OF THE GERBILS”. I guess I was just too focused on the drawing part 🙁

Also, the guy on the turtle’s head (see below) looks like he’s holding an arrow on his head. That’s supposed to be a spear with which he’s about to stab the other Gerbil. 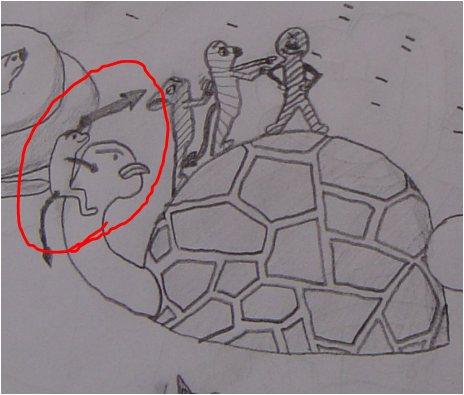 Also, the gerbil who is about to be stabbed in the the scene above is missing his tail.

I don’t think that flags really blow up the way shown below: 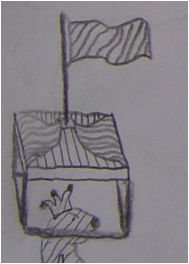 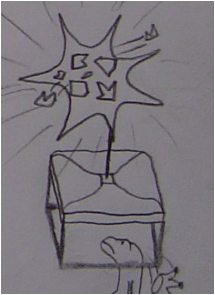 Also, in the two pictures above, you can plainly see that the Gerbil Kings’ tents have self-supporting systems built in…

“The Invitation” as an exercise in moral courage