“The Invitation” as an exercise in moral courage

My life is very different from those of the people around whom I grew up. I started being noticeably different around the age of 12. One of the memorable outward signs at that time was that I started waking myself up 3 days per week at 6AM and running a 4-mile loop through “Highland Park”. (It wasn’t actually a park. It was more like a ghetto, though the prostitutes were generally off the streets by 6AM.)

As I matured, my different-ness manifested itself increasingly as non-conformism. I would, from time to time, shock the people around me by developing a “conviction” or an objection about something that to them just didn’t seem to be an issue. Most people rolled their eyes and quickly distanced themselves. A few came closer to find out more. This has continued up to the present day, and to this I credit much of the happiness which I now enjoy.

Thanks to an early bed-time last night, I had some wakeful-brain time during the wee morning hours to contemplate the influences that have shaped my life. To my surprise, I remembered something new, something to which I have given nearly zero thought for many years:

The “invitation”, also known in some circles as an “altar call”. 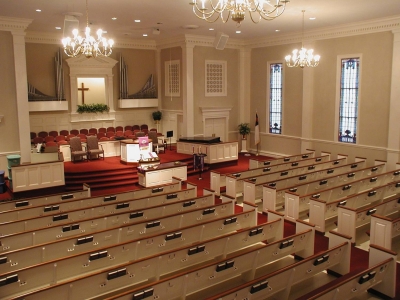 I grew up in “independent, fundamentalist Baptist” churches in the US. This is a branch of evangelicalism (strong focus on converting non-believers) which is a branch of Protestant Christianity. I know that corruption can be a problem in such institutions, but my own experience was generally good. By that I mean that the pressure I felt most from the church was the pressure to “do business with God” that amounted to “moral weightlifting”. Sure, there was pressure to give money and to evangelize outsiders, but that was not the main thing in my own experience.

The main thing was “dealing with sin” in your own life, issues like obeying your parents, sexual self-control, reading (all of) and memorizing (parts of) the Bible, praying regularly, obeying the Ten Commandments and other applicable rules from the Bible, etc.

The invitation was a time at the end of a (typically 1.5 hour) “church service” (which would include singing, prayer, and a sermonÂ from the pastor) where the lives of all the church members reached their periodic climaxes. Soft, inspiring (some might say guilt-inducing) music would play for 5-10 minutes, with the congregation singing along quietly and the pastor would be speaking over the music, pleading with people to listen to the voice of God in their hearts and to get right with God, whatever that meant for them.

People were invited to come down (I’m giving the most generous version/interpretation here, which is 99% of what I experienced; I know that the marketing tactics in this situation can go waaaay beyond this) to the front of the church (to the “altar”, which in my church was a sturdy wooden table where the “communion” (different topic, sorry) elements would be placed) to “get saved” (become a Christian), “get rededicated” (a murky second-step in being a Christian), or as a way of helping them defeat some particular sin by taking a more public stand against it. They might also choose to confess the sin to someone privately at the front, just ask people to pray for them, or — the big one — confess a sin openly to the whole church after the invitation had concluded.

Generally, you were supposed to have your eyes closed while all this was going on, but of course, as a kid, you can’t help but look to see who’s going down to the front and speculating what sin they had on their mind.

In every church, there seemed to be some soft-hearted people who went down often. That was no big deal, and I tended to think of those folks with pity. The big events were when unexpected or well-respected people would “respond to the invitation”. That was kinda rare.

But, let’s face it. All of us needed to make that humbling walk from time to time. And someone who never ever went down to the altar would perhaps rightfully be viewed as a phony Christian.

So, I want to focus on the difficulty of this for a teenager. The cool kids tended to not respond to the invitation, and you know that they’re all going to see you and nudge each other if you start down the aisle. Then there’s your parents, siblings, your basketball coach, your neighbor, and your school teacher.

On the other hand, you shouldn’t care about them, their pity, their curiosity, their amusement. God is God and the truth is the truth, right?

So, the music is playing, the pastor is pleading, the congregants are singing, and a sin begins to weigh heavy on your mind. Your heart starts to thump really strongly. Maybe you start sweating a little bit.

For me, once the battle inside my heart got that strong, I knew I had to go down. Unless it was just a clear-cut “no”, then it needed to be a “yes”, on principle. I didn’t want to “harden my heart”, like Pharaoh did in the story of the 10 Plagues and the Exodus from Egypt, thus rendering me increasingly spiritually insensitive. I felt that just one unjustifiable no-go could tip the scales of my heart in an irrecoverable way.

So, I went down. Maybe 10 times in my life, I went down the aisle. Probably five of those times I talked about the specific sin with one of the “deacons” — they were who would come alongside you at the front, kneeling down beside you at the front pew (padded bench) and putting their hand on your shoulder in a re-assuring sorta way. I never remember confessing anything to the whole church, but sometimes I did go directly to some other person or group to make things right.

I remember having a kind of exhilaration and lightness — just about the time I made it down to the altar — that came with getting out from under those emotional burdens. It felt like an incredible life hack that you could get a renewal like that just by being humble and honest.

My spiritual journey has taken me very far from that place, and my kids are not experiencing altar calls. Nonetheless, I have to admit that I was greatly benefitted by those occasions and I see those exercises in moral courage — or something analogous — as being essential to a well-lived life.

[I would really like to hear, either privately or here in the comments, the thoughts of others who experienced altar calls and have other insights on them.]