The Bad Side of Santiago

Sorry for the lack of fresh posts, we’ve been really busy lately.

Yesterday I checked off my list the last three districts of Santiago to which I hadn’t biked. These three: “San Bernardo”, “El Bosque”, and particularly “La Pintana” are considered by our neighbors to be the most dangerous of the 34 districts.

In La Pintana I saw an open manhole in a bus lane, right where the bus’ left wheel would be. Ouch.

All the Chilean opinions I have gotten about the bad side of Santiago have been very pessimistic, about the same as what the average American’s impression would be of the bad side of a huge South-American city:

“A drunken, crime-ridden place where you’re sure to get mugged if you walk around in public long enough.”

About one sixth of Santiago has a standard of living higher than the U.S. average. Santiago is so big that this zone is formidably large: 35-40 square miles. That’s where the financial center is. That’s where the really nice parks are. That’s where the biggest malls are. Unless you’re looking for really low prices on certain things, there is no reason to leave this “comfort zone”. 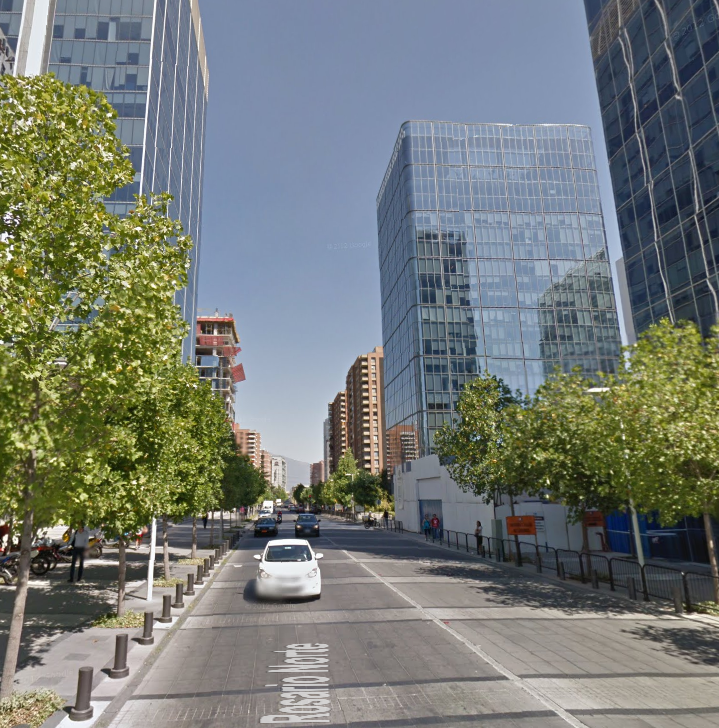 And from what I’ve seen, most people who live there don’t.

As I biked down the road shown below in La Pintana, I found that it wasn’t the gang-ruled war-zone I had been told about. Sure, there was trash sitting around most places, and things weren’t well kept by any means. But there were people getting a workout on the public exercise machines, playing soccer on the dirt courts by the side of the road, and pushing strollers on the bike path. Things seemed as cheerful and casual as they are anywhere else in the city. I didn’t get the feeling that everyone was watching their back. In other words, it was a livable place. 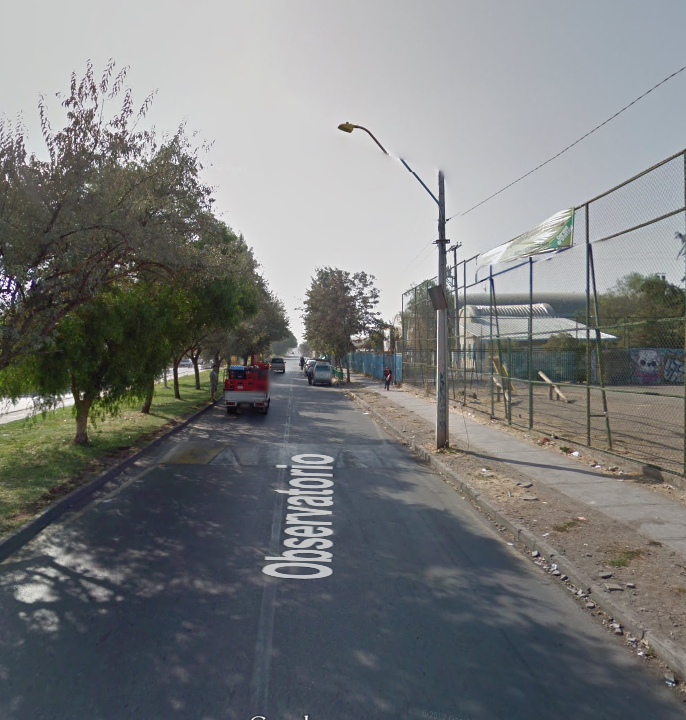 Some of you might be thinking: “public exercise machines in the bad side of town in a South-American city???”

Yep. They ain’t really high-tech or anything, but I’ve gotten many a stout workout on them. You find them spread throughout santiago, at little “plazas” here and there.

These are the ones that I rode past yesterday. No, I didn’t take this picture. This is the wonderful Google Street View, from who’s 360 degree camera many of my post’s photos originate. 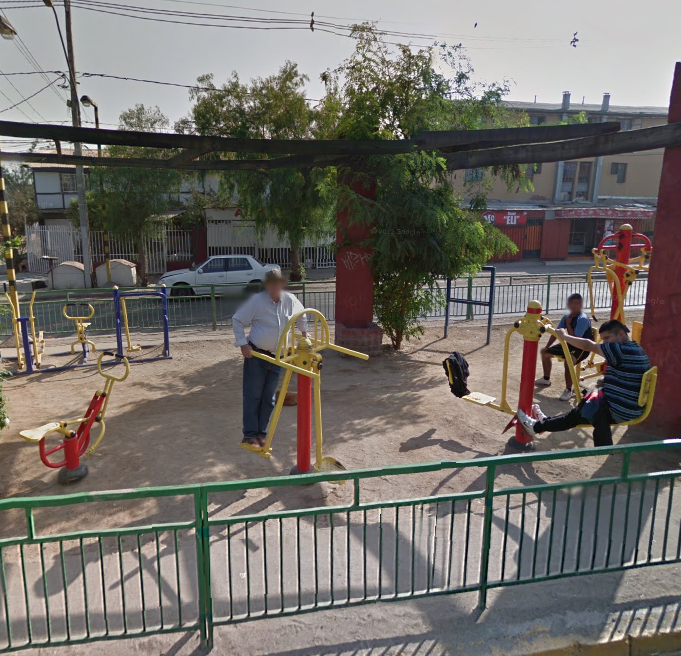 The Maipo and Mapocho rivers