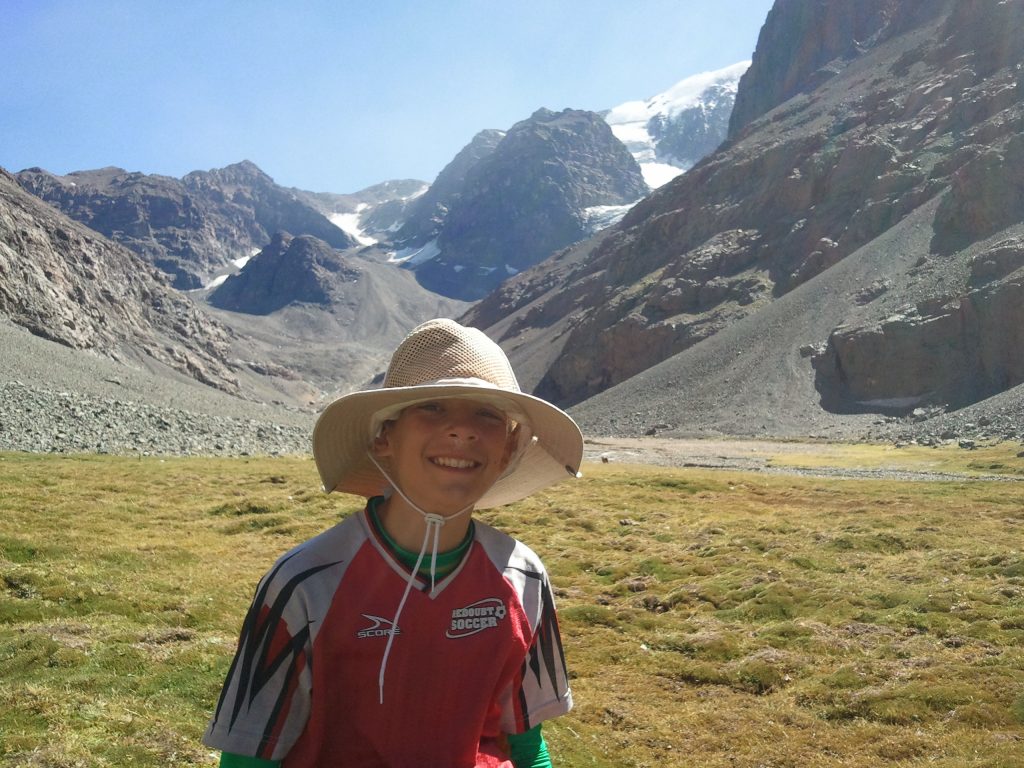 Doodle is quite the enthusiastic outdoorsman

The locals use the word “Andinismo” to mean “exploring the Andes Mountains”. So far our experience of the Andes has been limited to areas in close proximity to civilization.

I felt it was time to do something more, and summer was almost gone.

Following a two day scouting trip by Doodle and I a few weeks ago, Sudoku joined us this past Sunday for a three day attempt to reach the La Paloma glacier, the lesser of the two glaciers visible from downtown Santiago. 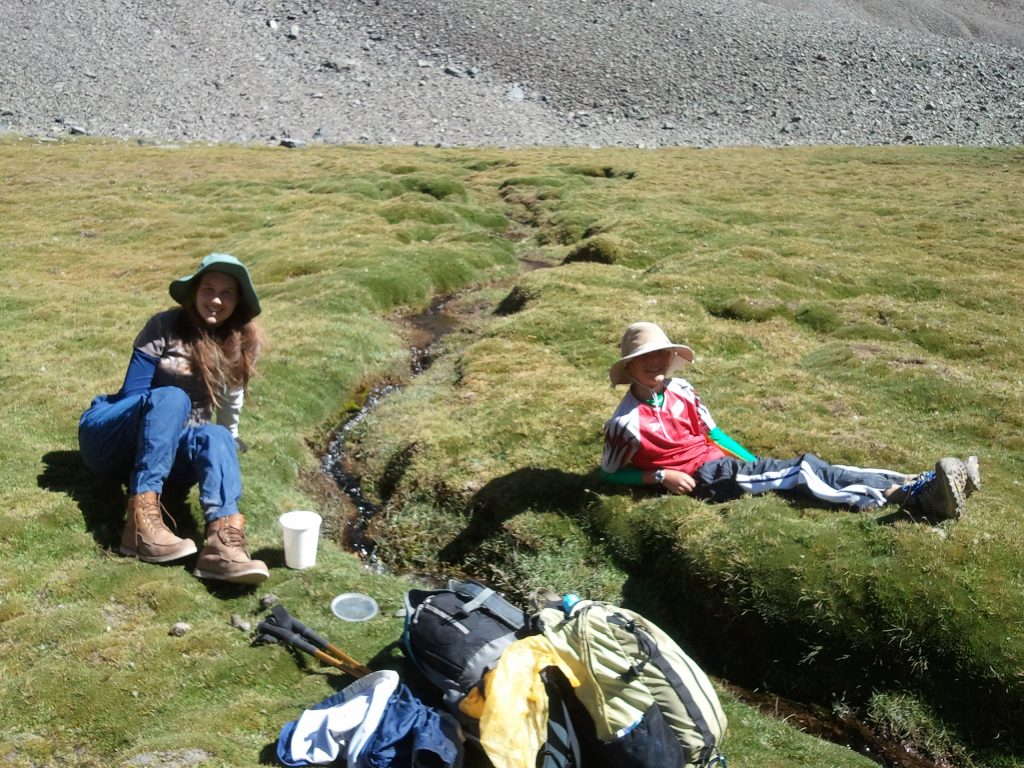 We picked the warmest sequence of days we could find, but the temperature still dropped below freezing at night where we slept.

The 20 km trail toward the glacier was quite busy on Sunday afternoon, but once night came at our base camp around 9000 feet, it would not be until midday Tuesday that we would see another human being.

It’s safe to drink the water at certain places along the hike. Here’s a little log of that for those interested:

The hike was hot and dusty and we had some boot problems and other difficulties with our cobbled-together gear. Fortunately, the three of us are all fairly close on shoe size right now, so we were able to swap around to mitigate the effects of boot irritations.

[Sudoku: My toes only came within about 2.5″ of the end of Dad’s boots, but they were pretty comfortable.]

By the time we reached our intended overnight spot, La Lata, the air had grown noticeably thin. 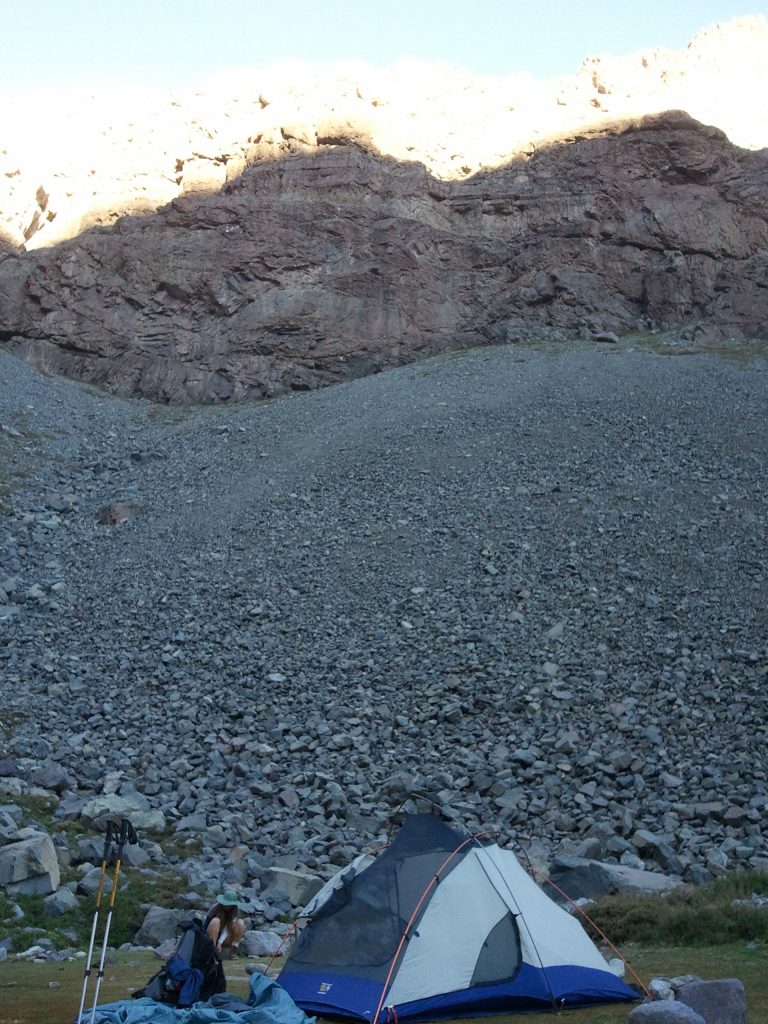 The peaks ahead of us were amazing under light of sunset. The stars would have been great (Doodle saw five shooting stars on our scouting trip), but we had a dusk that seemed to last forever and a full moon.

Here in Chile, we’ve grown quite accustomed to having grazing animals around us when we slept outside in the countryside. Nonetheless, it was a bit unnerving to have horses nonchalantly grazing right up against our tent all through the night.

[Sudoku: I woke up several times to hear Dad shooing the horses away from our tent again.]

We woke feeling good on Monday morning and went for the glacier. It was clear and dry. (there was no dew on the tent.) I couldn’t keep up with the kids, so I stopped about an hour short of the glacier’s scree-field base and they went to the glacier without me. (And I had the camera with me. Hence no actual pictures of Paloma glacier. Sorry! Here are some.) 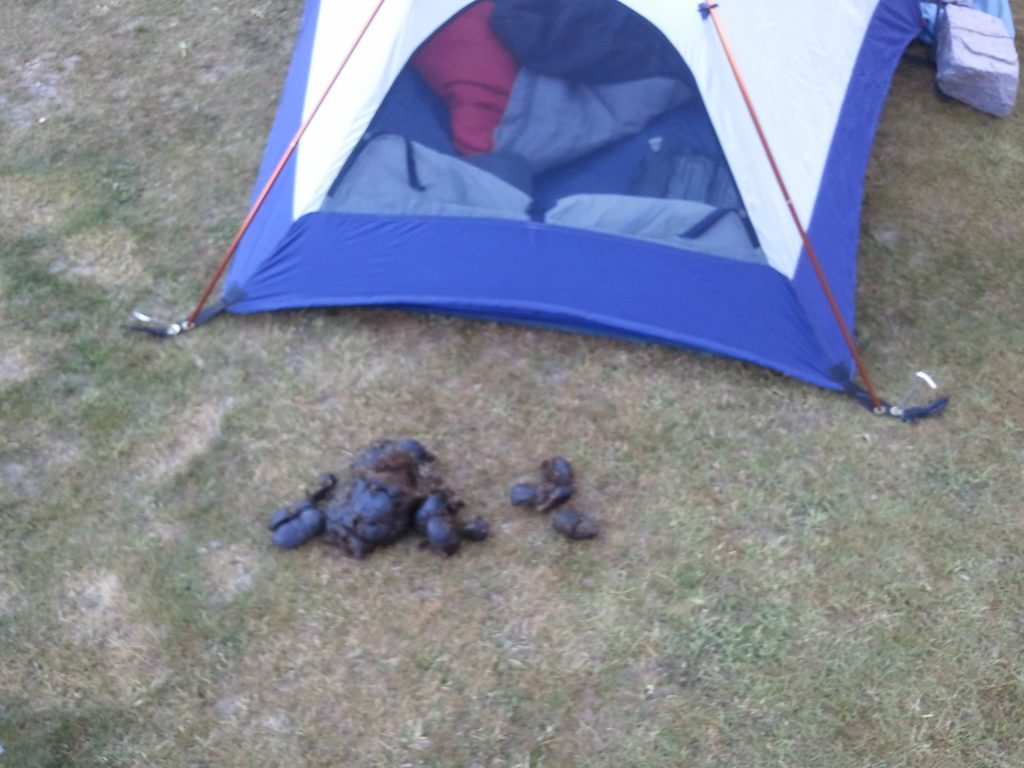 On the way down we had the thrill of watching a pair of soaring/gliding condors — practically stationary in the air just above us — as we approached one of the steepest sections of the trail.

I never saw a mouse, but I did see a hole in a bag of cheese left inside a backpack we hid in the rocks back at the camp site. 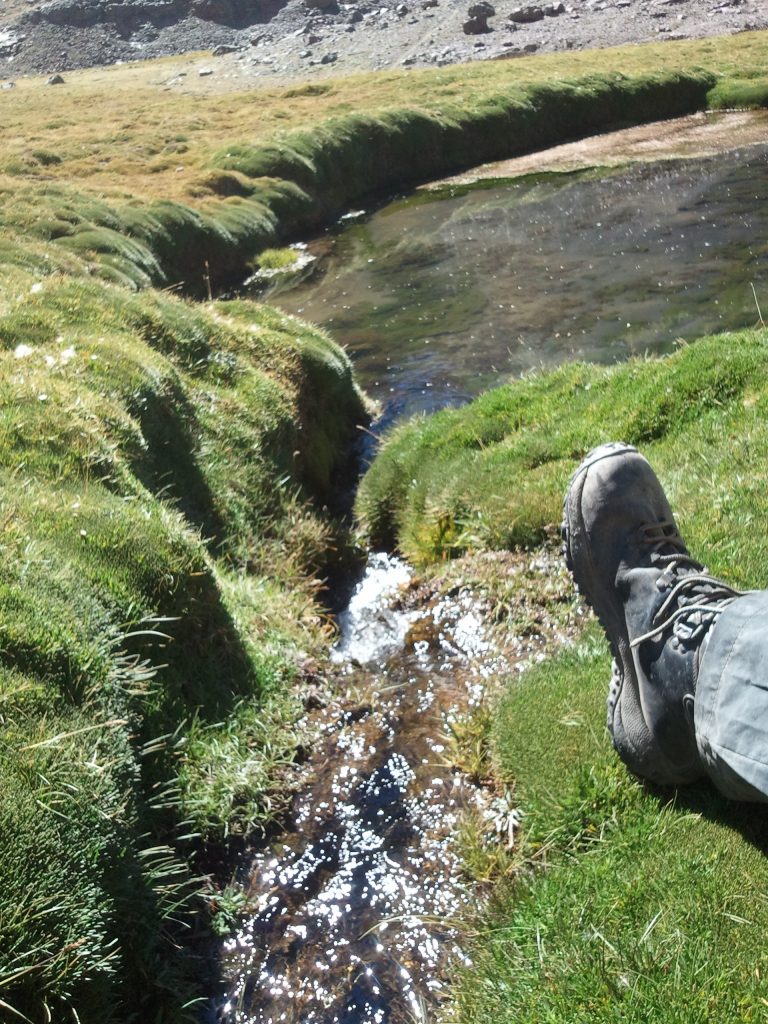 Here are some of my takeaways regarding Andinismo: 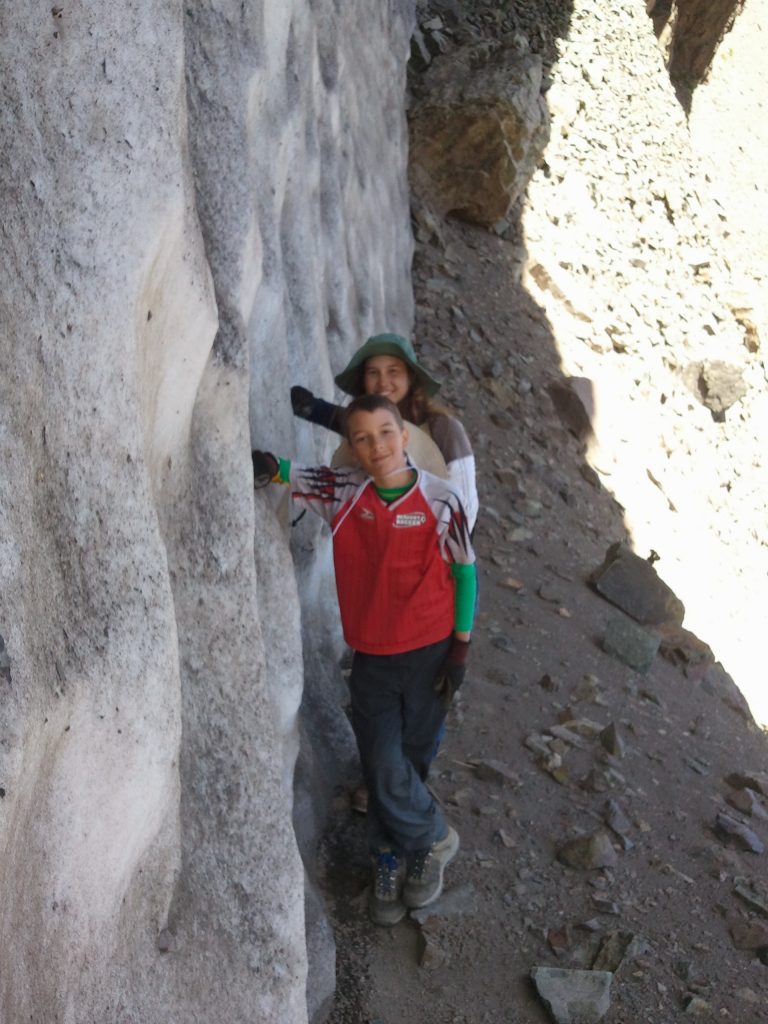 a wall of ice, but not actually as vertical as it appears

[Sudoku: The boys did a great job making sure we had everything we needed for the trip. They have short hair though, and weren’t able to warn me about the big tangle I had by the end of our trip!]

[Doodle: Once, when we were hanging out around some small pools of red water, I noticed that it wasn’t the water that was red, but that there were hundreds of tiny, red bugs, all crawling over each other.]