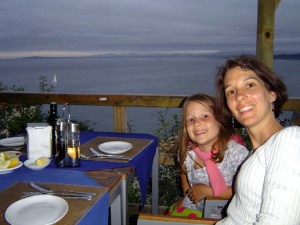 We ate seafood on Saturday night in Concon, the beach town just north of ViÃ±a. It’s smaller, slower, quieter, more family friendly. We were in Concon early, before the late dinner rush, so the restaurants were practically empty at 8:00.

We parked near the beach, walked across the street and up the stairs too…I don’t remember the name of the restaurant! But we ate outside on a covered deck that looked out over the sea. Just lovely. Reasonable prices too. 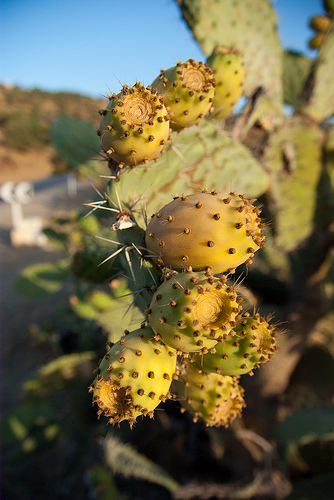 On Sunday we headed back to Santiago via Tiltil. We went through some small, bedroom communities, then into agricultural areas. The terrain was hilly/mountainous, dry and dusty. We passed tomato farms, olive groves, and “tuna” farms. “Tuna” is what they call cactus fig, or Indian fig, the fruit of a type of cactus here. So, we saw rows and rows of cacti. You don’t eat the outer flesh – it is thick, tough, and has occasional spines. The inner flesh is like cantaloupe in flavor and color, but not texture, as it filled with hard black seeds. The seeds would be nearly impossible to separate from the flesh, so though hard, you just eat them. They’re not bitter; they just add some crunch to your otherwise cantaloupe-like treat.

We stopped for lunch near Tiltil in the middle of nowhere at a restaurant called “No me Olvides” (Don’t Forget Me.) The restaurant was big, and it was packed. It reminded us just a bit of Cracker Barrel. It just had a nice but informal feel to it. 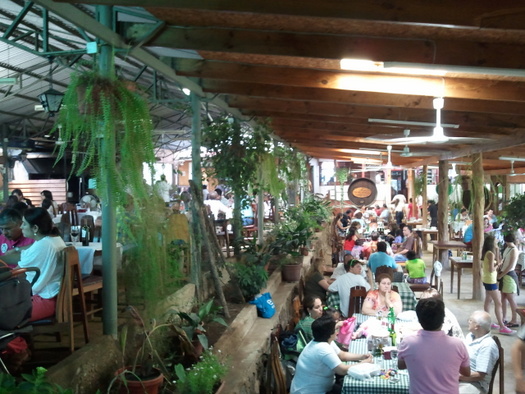 Sudoku and I are on the right, waiting for our table to be ready. 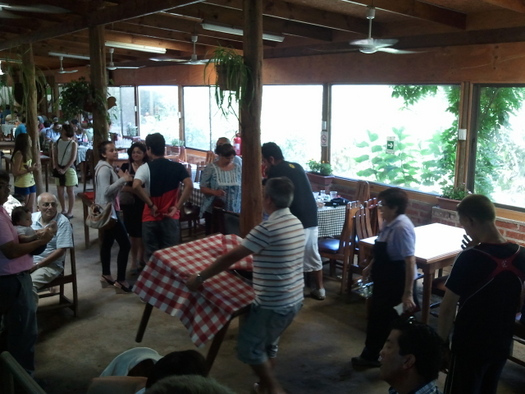 Our friend Goyo helped our server move tables around. Carman is following behind.

There was a small gift shop in the front of the restaurant, and looking out the big picture windows of the dining area, we were greeted with a grove of avocado trees, the first I’d ever seen, and they were loaded. 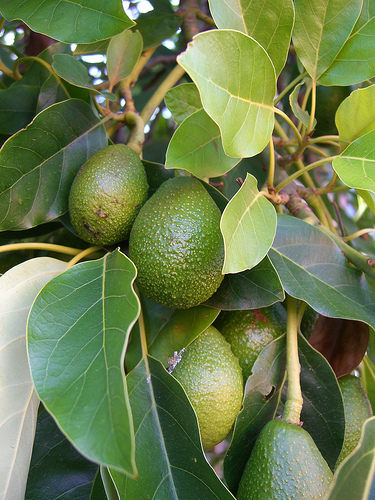 We had some distinctly Chilean (or at least Latin) dishes at No Me Olvides. Quesadillas – pastry stuffed with ground beef, olives, bell peppers, boiled egg, and a bit of cheese. Pastel de Choclos – a warm, creamy, sweet dish, with a base of creamed corn (“choco”), with a bit of chicken and some finely chopped veggies. The dish was served in individual bowls, like an individual serving of pot pie. It was piping hot and just delicious – not spicy, but sweet and creamy. 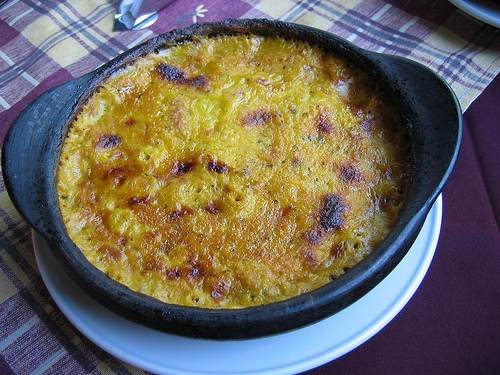 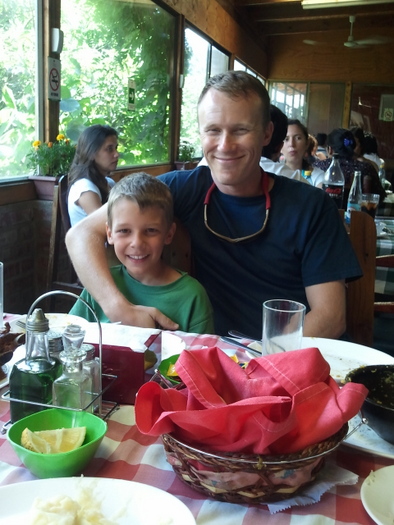 (Chilean food is not at all spicy. I, personally, could go for more spice, more flavor, more…something. I think the Chileans could too. The most popular restaurants around seem to be Peruvian.)

Traveling back through Tiltil, we pulled into a small street lined with vendors to purchase some oilves and olive oil. In addition to its olive production, Tiltil is noted as the death place of Manuel RodrÃ­guez; we paused long enough to see his memorial and made our way back to Santiago.

ViÃ±a del Mar – the Pretty, the Surprising, and the Ugly